Aortic Aneurysm: Are Pull-ups Safe to Do? 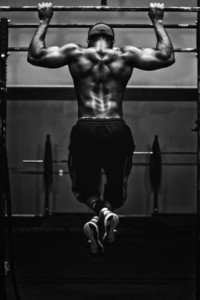 A leading aortic aneurysm repair surgeon answers if pull-ups are safe for patients to perform.

People who are diagnosed with an aortic aneurysm are typically warned that they must avoid straining with heavy weights.

This directive comes with a lot of ambiguity and is open to very subjective interpretation.

One hundred pounds sounds heavy, but to a trained powerlifter, it’s a walk in the park. But what if a powerlifter is diagnosed with an aortic aneurysm?

The directive of do not strain with heavy weights would definitely apply to someone, diagnosed with aortic aneurysm, who is doing a set of pull-ups and keeps cranking them out, straining to get in those last two repetitions.

Straining is obvious because the last few reps are slow and labored, as opposed to knocked off with ease.

No matter how easy someone makes pull-ups look, he or she has a limit, when they begin approaching the so-called muscle failure, and the routine just becomes super nasty; pull-ups to muscle failure are a real bear.

A person with aortic aneurysm, even if he (or she) has been knocking off pull-ups for years and is in tip-top shape, must end their days of pushing to the limits with this compound exercise.

Percentage of the Rep Max

To make this easy to describe, suppose an athlete’s rep max with pull-ups is 12. He starts feeling the heat at around rep 8. It’s a royal strain to complete 12.

If he has aortic aneurysm, would it be dangerous for him to complete, say, seven reps?

After all, this would be before he begins entering the straining zone. Seven, for this particular athlete, isn’t all that difficult. Here is what Dr. Stewart explains:

The amount of recruitment of additional muscle groups is what causes the increase in catecholamine surge and consequently, the increase in blood pressure delivered to the weakened aorta.”

A pull-up recruits a significant amount of muscle fibers; it’s a classic compound exercise. Seven reps out of the 12 rep max would be 58 percent of the maximal effort. 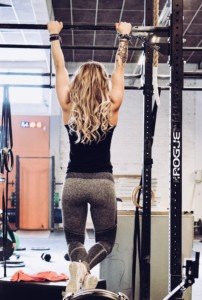 To another person who isn’t as strong, seven reps could be this person’s rep max, in which case, he should do only two or three.

Dr. Stewart continues, “Working to failure is better accomplished with dumbbells than with a straight bar or with pull-ups — places where it is difficult to assess the strain mid-rep and also difficult to stop without a spotter.

“It is much safer to exercise with specific muscle groups, lighten the weight, and work towards failure.”

In summary, treat pull-ups as you would with any other kind of lifting: Avoid anything that makes you strain, grunt, groan or really struggle. If that’s just one pull-up, then don’t do it.

If you’ve been doing 50 pull-ups and that’s your rep max, and then learn you have an aortic aneurysm, you can still do pull-ups, but not 50 anymore.

Probably not 40. Which number rep is that entrance into the next level of difficulty? Stop short of that transition.

If you find yourself slowing down with the tempo, this means you’re entering the straining zone. Stop. Don’t go there.

Play it safe by quitting several reps before it even gets difficult (the levels are challenging, difficult, and then straining).

By doing submaximal pull-ups, will you lose strength? Yes. You can do 10 sets of three pull-ups if your rep max is seven or eight.

If the RM is higher, you can do more than three in a set, but don’t venture into the straining zone. If the tempo is slowing down, you’ve overshot the boundary.

Research into the danger of doing pull-ups with aortic aneurysm is nonexistent, but putting stress on a weakened great vessel means that you place yourself in danger of an aortic dissection or rupture. Play it safe.

A pioneering aortic disease surgeon, Dr. Stewart has performed 5,000+ open heart surgeries and is the developer of a hybrid endovascular procedure for treating complex aortic aneurysms.