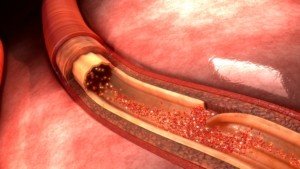 An aortic dissection can kill you in two minutes; certainly there has to be a best time to suffer this life-threatening rupture of the heart’s great vessel.

Unfortunately, you don’t get to decide when an aortic aneurysm starts rupturing.

A report in the online Interactive Cardiovascular and Thoracic Surgery states that when repair of an acute aortic dissection was performed during the period of a waning full moon, odds of death were reduced.

When the surgery was performed during a full moon, hospital stay was reduced. The study was done at Rhode Island Hospital and the paper published in 2013.

“We focused the study on patients having aortic dissection,” says Frank Sellke, MD, senior author, in the paper, “and found that the odds of dying following this procedure were greatly reduced during the waning full moon.”

Two groups of patients were studied:

1) Patients undergoing repair of an ascending aortic dissection, and

2) Those having an aortic dissection plus either coronary bypass surgery, aortic valve surgery or both.

When the repair of an aortic dissection was done during the full moon phase, patients had a substantially shorter hospital stay when compared to the other two moon phases.

What does the moon have to do with aortic dissection repair outcome?

“Although this study was small, it showed clear advantage to those operated on during the full moon,” says Michael Fiocco, MD, Chief of Open Heart Surgery at Union Memorial Hospital in Baltimore, Maryland, one of the nation’s top 50 heart hospitals.

“Is the moon affecting the patient? The surgeon?

No one really knows, but I don’t discount any of these reports.

“Unfortunately, dissection of the ascending aorta has a mortality of 85-90% within the first 24 hours of diagnosis if left untreated, so you are stuck having surgery during whatever moon phase you are in at diagnosis.”