When Tall Women Get Mistaken for Men 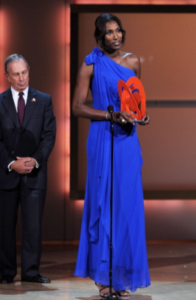 How many tall women get mistaken for men?

If you’re a tall woman who gets mistaken for a man, how do you know it’s because you’re tall? The “tall quotes” page of tallwomen.org ran the following post:

“I have always realized all my life I was much taller than most. I’ve always loved my height up until around the age of 19-20 (I’m 20 now).

I heard a couple people say that I must be a man, or a tranny, and it really took a blow to my self-esteem.

When I go out with guy friends I feel weird because I don’t want anyone to think he’s walking around with a transvestite.”

The woman who posted this is 5-11 and a half tall. It’s one thing when a tall woman is joked at by an insecure man who asks her outright, “Do you ever get mistaken for a man?”

So here’s a question to tall women who’ve been mistaken for men: Have YOU ever mistaken a woman for a man? And if so, was that woman necessarily tall? Or were some of those women medium height or, let’s say, below 5-9?

I bet many of those women, whom you’ve mistaken for men were UNDER 5-9. Height has little to do with thinking a woman might be a man.

Another way to look at this is to ask yourself if you’d ever mistake a very short MAN for a woman. Anyone think 6-2 Maria Sharapova might be a man?

Every person whose gender I was not able to identify, has been under 5-7. Height had nothing to do with it.

Multiple other factors, including a combination of mannerisms, clothing and hairstyle, are at play when someone mistakes a very tall woman for a man.

This includes muscle development. There are women at the health club who sport impressive muscles on tattooed arms.

If their hairstyle and attire are androgynous, all of these factors can make the observer wonder about gender–but the point I’m making is that HEIGHT is NOT relevant.

Being very tall, in and of itself, will not make a woman “look like a man.”

For tall woman who are concerned about being mistaken for a man, re-evaluate the following:

And quite honestly, if someone mistakes you for a man–and you still believe it’s because you’re very tall–is this really the worst problem life can throw at you?