HOW Sudden Stress Can Cause Fatal Heart Attack or Stroke 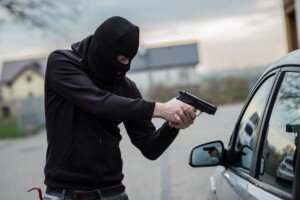 When someone says, “You stress me out so much you’re going to give me a heart attack,” maybe they’re onto something.

Ever hear someone say, “All this stress is gonna give me a stroke!”?

David Davies did a study based on a theory that heart attack and stroke can be triggered by a type of hormone that’s released when we are under acute stress.

And of course, we all know that a heart attack can be fatal. So can a stroke. Sometimes the death occurs days or weeks after the event, and other times, that very same day.

This “fight or flee” chemical messenger that Davies looked into is called norepinephrine, a type of catecholamine hormone.

Davies, from Binghamton University, says in his report that a stroke or heart attck often happen after an event in which elevated levels of catecholamine hormones get released into the blood and tissues.

The carotid artery supplies blood to the brain. If a clot forms in this artery and travels to the brain, it can lodge in a blood vessel and block off oxygen to the area of the brain that the vessel feeds: a stroke (ischemic).

If a clot forms in the heart and cuts off oxygen, that’s a heart attack (ischemic).

The clot can be made up of soft arterial plaque, and the clot in this case is often referred to as a “fragment.”

Though this name implies that a romantic breakup can harm the heart, that’s not what this term refers to.

“Sudden stress can cause a heart attack due to Takotsubo syndrome or broken heart syndrome,” says Nieca Goldberg, MD, medical director of NYU Women’s Heart Program and radio show host of “Beyond the Heart” on Doctor Radio SiriusXM.

Dr. Goldberg explains, “It this form of heart attack the patient has abnormal heart function and normal arteries. Over time the heart function improves.

“Elderly people [who suffer heart attacks soon after a stressful event] may have underlying heart disease, and this may be due to plaque rupture, but another cause may be Takotsubo syndrome.”

Stress-induced cardiomyopathy – another name for broken heart syndrome – is when the left ventricle in the heart weakens.

This has nothing to do with clogged arteries or plaque fragments obstructing blood flow.

That left ventricle is the heart’s main pumping mechanism. Severe emotional stress – such as that would be experienced by a home invasion, home fire, a car accident or learning tragic news – can literally weaken this pumping chamber.

What causes arterial plaque to rupture in the first place?

Soft plaque is unstable; it can rupture, but what Davies has found is that the rupturing can be triggered by sudden stress.

His team removed diseased carotid arteries from patients, and multiple species of bacteria were isolated and cultured from the walls of these arteries.

These bacteria exist in the form of “biofilms” along the inner arterial walls, and these biofilms were present in every diseased carotid artery in this study.

Under normal circumstances, bacterial biofilms are resistant to antibiotics; the films remain intact. The immune system can’t shake these films, either.

We now have fragments of the soft plaque in the bloodstream, poised to create a blockage of oxygen transport to the brain or heart.

Davies tested his theory by adding norepinephrine to biofilms on the interior walls of silicone tubing.

The amount of this hormone that he added was at a level similar to what a person undergoing extreme stress would have.

At least one species of bacteria, that’s commonly associated with the carotid arteries that were studied, underwent a biofilm disperson response when subjected to norepinephrine, says the paper.

This discovery is new to the world of medical research, so you can anticipate that this will set the stage for bacteria being considered as part of the management of cholesterol levels.

This study, however, does NOT rule out broken heart syndrome as a pathway to emotional stressors leading to a heart attack.

But one thing’s for sure: The more physically fit you are and the more natural is your diet, the lower your risk of suffering from a heart attack in the wake of emotional or physical stressors.