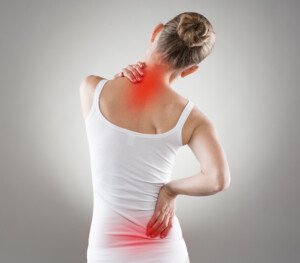 Is there a way to tell if your joint aches are related to PMS, your monthly cycle, as opposed to microscopic colitis?

Microscopic colitis, as well as PMS, are strongly associated with joint aches. However, not all people with microscopic colitis develop aching joints, and not all PMS symptoms consist of this, either.

As a woman, I know what both feel like. Is there a way to tell the difference, however, between the joint aches of microscopic colitis and those of PMS?

Yes. You do it by timeline.

My first flare-up of microscopic colitis came when I was expecting my period.

My periods were irregular, so the anticipated date of my first day of flowing was not pinpointed.

But I was approaching that day—it was anywhere from a day to a week or so out.

I began experiencing joint aches. I also developed strange diarrhea that I was having several times a day, and at times, overnight.

I do not recall which came first: the diarrhea or the arthralgia. But I definitely recall they came within pretty close approximation of each other. I blamed both on PMS.

In general, for women who experience premenstrual syndrome, the symptoms disappear when the period begins.

Premenstrual syndrome refers to a wide range of symptoms that:

Go away 1 – 2 days after the menstrual period starts.

Gooddaypharmacy.com states that the symptoms usually go away after the first day or two of flow.

The Premenstrual Syndrome In-Depth Report from nytimes.com states: The symptoms typically go away within 4 days after bleeding starts.

This is why it’s called premenstrual syndrome.

Oddly, though, my joint aches in this particular case not only persisted throughout the entire duration of my period, but they were about the worst I had ever had—really distracting me while I tried to work at my computer (ankles, low back, wrists, even neck). I didn’t take NSAIDS because they could damage the liver.

When my period ended, the “PMS” joint aches continued!

They just persisted for days after I stopped flowing.

Nevertheless, I attributed this to hormone fluctuations related to my monthly cycle, even after I was diagnosed with microscopic colitis.

I never connected the dots—until quite a while later when I learned that MC and arthralgia often go hand in hand.

So, the big tip-off that your joint aches are related to an inflammatory bowel disease such as microscopic colitis is that their timing does not correlate with your period.

Another tip-off that the symptoms aren’t PMS is that you’re postmenopausal, as I was at the time I had my second flare-up of microscopic colitis.

It began with joint aches that felt very “PMS-ey” or hormonal, but I had completed menopause four months prior.

The diarrhea came 27 days later (ranging from porridge-like to explosive pale yellow), and most of the arthralgia went away a few days after that.