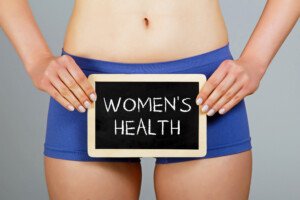 Find out what can cause bleeding from your period to be slow and prolonged.

“Perhaps the most common cause of this is when the blood has difficulty passing through the cervical canal, due either to obstruction (perhaps a fibroid is in the canal), or to the cervix simply being ‘tight,’” says Wendie Trubow, MD, an OB/GYN with Five Journeys, a membership-based wellness organization that uses functional and integrative medicine for evaluation and treatment.

What can cause a tight cervix?

Dr. Trubow explains that this can be due to not yet having given birth, “or if the woman has had surgery on the cervix to remove abnormal cells and had scarring in the cervix, which makes it harder for the cervix to open to let the blood through.”

Another Cause of Slow, Prolonged Menstruation

“Alternatively, the bleeding could be slow due to inability of the uterus to contract, which can usually be attributed to fibroids,” says Dr. Trubow.

“Lastly, this could be bleeding due to an anovulatory [absent] cycle, so the bleeding is simply occurring in a disorganized fashion.”

Bleeding in between periods, or vaginal bleeding after menopause, needs to be checked out by a gynecologist because uterine, cervical and vaginal cancer can cause this symptom.

However, if you know the behavior of your period very well, and can recognize that the slow or prolonged bleeding is part of your menstruation, then the chances of this situation being caused by cancer are not likely.

Nevertheless, any kind of bleeding or spotting that is out of the ordinary, that has no confirmed explanation, needs to be evaluated by a doctor.

You should keep a documentation of the nature of your monthly cycles so that you can get acquainted with what your normal is.

Some women do spot before and after four or five days of actual flowing.

Having practiced functional medicine since 2009, Dr. Trubowworks with women to identify causes of their symptoms and then works with them to achieve their greatest health and life balance.