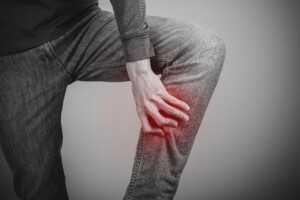 Find out what testing you should insist upon if you suspect a DVT but the ultrasound turns up negative.

One of my articles on DVT is about Staci Stringer, who was told she did not have a DVT even though her calve was swollen and so painful that it was “hard to walk,” she says.

This sounds unbelievable, but it happens: An ultrasound will be negative for a DVT, even though there is one, and the patient just knows that the procedure missed it.

If you ever suspect a deep vein thrombosis but the ultrasound technician says there’s “nothing,” and a doctor says “go home,” count to 3, then remember the following:

“As the director of our vascular lab, I make sure that my techs are very well-versed in venous ultrasound,” says Paul Lucas, MD, surgeon with the Vascular Center and director of the Vascular Laboratory at Mercy Hospital in Baltimore.

“A true vascular lab will examine the entire leg in question, both above and below the knee.

“Some ultrasound departments will only rule out a DVT to the level of the popliteal vein, i.e.. to the knee.”

The popliteal vein is in the back of the knee, and a blood clot in this vessel can cause pain behind the knee.

The reason that some ultrasound departments run the transponder only up to the knee, says Dr. Lucas, “is the low embolization risk for a DVT in the tibial veins.” Tibial refers to the larger of the two bones in the lower leg.

“If you need an ultrasound done to rule out a DVT, a certified/accredited vascular lab is the place to go.

“Vascular technologists only do vascular studies, whereas an ultrasound tech in some places will do all types of tests. Experience means a lot here.

“If however, a DVT is ‘missed.’ a repeat ultrasound exam may be warranted. If you suspect the DVT may be at the pelvic level or higher, a CT scan may be useful.

“It is possible to have a negative test and within days a repeat could be positive–and it really might not have been there on the first go-around.”