Can Slamming Weights at the Gym Cause Hearing Loss? 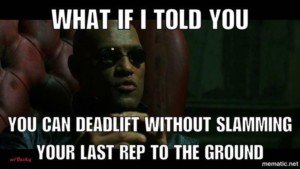 It’s time for the big boys to admit it: Slamming and banging weights will likely damage hearing over time.

For this article on hearing loss resulting from weights being thrown, slammed and banged around at gyms, the expert source is Rachel Raphael, M.A., CCC-A, an audiologist with Mercy Medical Center in Baltimore. She’s also a certified group fitness instructor.

An audiologist is an expert in hearing loss, measures people’s hearing and fits patients with hearing aids.

Raphael explains, “I never actually took a sound level meter to the smashing of weights in a weight room, but it is likely that even short durations of loud intense weights dropping, can have the same potential damage to hearing as a shotgun blast or an air bag deploying (both estimated at 140 dB).”

I’ve been lifting heavy weights for years and years, and I’ll admit, even the loudest sound of a 400 pound barbell crashing to the floor from an uncontrolled deadlift doesn’t seem as loud as a shotgun blast.

However, Raphael is pointing out that the banging and clanging of weights need not be as loud as a shotgun blast to cause hearing loss.

So how loud IS all the smashing and banging of weights at a gym? 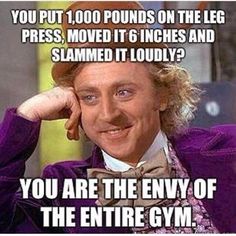 Imagine when it really gets loud. This can be either from a number of men banging the metal plates together when loading barbells or other equipment, or from one solitary individual deliberately smashing plates or letting the weight stack on a machine slam down to get attention.

It’s NEVER an issue of exhaustion.

Some heavy lifters utilize control all the way to the end of a mammoth set, and besides, most of the exceedingly loud banging occurs when loading equipment.

Plus, many of the men who let weights crash down at the end of a set don’t even use that much weight.

You know it’s intermittent rather than continuous like a chainsaw.

Now, imagine that it’s continuous. To me, it seems as though if continuous, the sound of banging metal upon metal weight plates, or letting very heavy barbells crash to the floor, would be at least as loud as a chainsaw only a few feet away, even louder – maybe almost as loud as firecrackers going off continuously.

With that said, Raphael further explains, “If in fact, the smashing weights are in this range for volume, it wouldn’t take much for the person at close range to suffer permanent damage, in the way of high frequency sensorineural hearing loss and/or tinnitus as a symptom secondary to the damage in the cochlea (inner ear).”

Few men who ripple with muscle and bench press 300 pounds will admit they might have hearing loss. 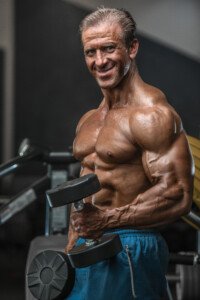 When I speak to men in the gym to ask about equipment availability or have small-talk, they often ask me to repeat myself!

My speech is clear and articulate. Why aren’t they hearing me? Well, maybe because the gym is loud.

However, I can hear them just fine, even though they’re not talking particularly loud; their vocal volume is in a normal range.

Now get this: I’m able to hear them even though I have decibel-reduction ear muffs on at all times! The reduction is 29 dB, yet I can understand speech in a noisy gym.

Don’t take this as boasting. It’s my way of pointing out some very powerful anecdotal evidence that many men in gyms have hearing loss.

Perhaps for some of these men, the hearing loss stems from a loud factory job, frequent concert or ball game attendance or blasting music in their cars.

But let’s be more realistic:

Over a period of years, the amount of time that these men have spent in an environment replete with banging, clashing metal-upon-metal noise is SIGNIFICANT.

Exposure to recurring loud noise is hazardous to the nerve cells in the ears that transmit sound waves to the brain.

Repeated insults to these nerve cells will cause hearing loss. It’s a simple concept.

Ramming a 45 pound metal plate into another produces a VERY LOUD sound.

Multiply that out over the course of one workout—several times a week—52 weeks a year—over 10 years.

“The person who is more susceptible to damage (no way of knowing in advance) is all the more at risk, with even less intense exposures and shorter durations of exposure of any type,” says Raphael.

“I have no doubt (without any hard data to back me up) that the loud banging of metal plates against each other in the weight room falls into the category of dangerously loud.

“Most gyms and weight rooms discourage the banging or throwing of weights as a matter of good etiquette.

“When lifting weights, good ear safety is every bit as important as good technique to keep the workout safe!”