How Many Burps per Minute from Anxiety? How to Stop? 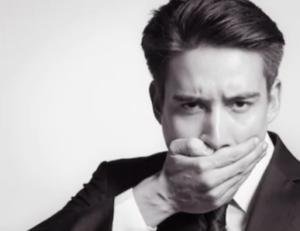 Wait till you find out how many times per minute anxiety can make a person burp.

It’s no secret that anxiety can cause burping, but just how much?

“In extreme cases, belching can occur up to 20 times a minute,” says Dr. David Robbins, a gastroenterologist at the Manhattan Endoscopy Center, NY.

“But in these cases it’s usually release of air from the esophagus back up into the pharynx without ever getting down into the stomach.”

The sound of a belch occurs when air escapes from the esophagus into the pharynx, says Dr. Robbins.

But he adds, “The most common type of belching originates when swallowed air from the esophagus enters the stomach, only to be released when the valve at the bottom of the esophagus relaxes.”

He refers to the type of burping, in which the released air was never in the stomach (only in the esophagus) as “supragastric.”

Most patients who have this type of burping “suffer from some element of anxiety,” continues Dr. Robbins.

“Studies have shown that the symptoms increase along with increasing stress. It’s also been described with obsessive-compulsive disorder and various eating disorders.”

So how does one stop burping 20 times a minute? 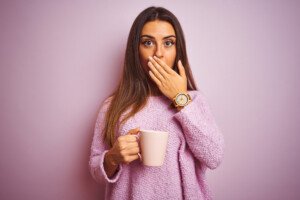 “Interestingly, many patients can ‘squelch the belch’ while speaking,” says Dr. Robbins.

“This is basically a sort of distraction maneuver. This type of belching never occurs during sleep, again pointing to an active anxiety component.”

If you find yourself burping many times in just one minute, talking incessantly to squelch it isn’t practical, for obvious reasons.

What else can you do, then, besides making efforts to manage stress?

“There are no established treatment regimens for excessive belching,” says Dr. Robbins.

However, he adds, “Extreme cases require the help of a cognitive behavioral psychologist or a psychiatrist. Speech therapy and biofeedback have shown some modest results, while drugs such as simethicone (or Gas-x) have not.”

When circumstances are normal, says Dr. Robbins, burping “actually occurs up to 30 times a day” and is a “normal physiologic phenomenon,” even though we all have known at least one individual who can emit loud belches seemingly at will.

Dr. Robbins is board certified in both gastroenterology and internal medicine. He has been invited to speak internationally and has published and lectured widely.