Beets, Red in Toilet, in Urine and Poops 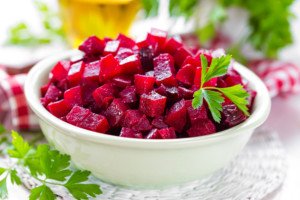 Beets are one of the best foods you can put in your body.

At the same time, few foods have caused more anxiety and fear than beets–because in some individuals, they cause urine to turn red or pink, making people think it’s blood.

Or, they give poops a reddish tinge as well as stain toilet water red.

The brilliant color of this vegetable means that it’s loaded with potent antioxidants.

Most people who eat beets or drink them as a whole-juiced product or as part of a mixture will not experience the undigested pigment coming out their opposite end.

The pigment is called betain, sometimes also referred to as betanin.

Below are articles that will help you fully understand this phenomenon of  undigested piement and how to tell that the red you see in the toilet or on the tissue paper is actually from the pigment in beets.

Poops red from beets or from blood? How to tell the difference

Reassurance is very important. You certainly don’t want to give up eating this health-giving vegetable out of fear of what you’ll see in the toilet bowl. There are key ways to detect the difference.

A gastroenterologist answers questions about beet juice in urine and stools.

You’ll feel even more confident after you read what a gastroenterologist has to say about this. When undigested beet juice appears in urine, this is called beeturia. Yes, it even has a name!

Can you excrete an entire glass of beet juice?

The amount of beet pigment that a person may see in the toilet bowl can make them wonder if they just took in all those phytonutrients for nothing. 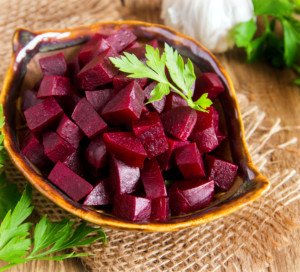 After all, some people swig down beet juice or eat the vegetable in solid form more for the health benefits than for the taste.

As healthy as this popular vegetable is, it is highly unpalatable to many people.

Nevertheless, the health-conscious individual will eat beets anyways for their antioxidant power — and would hate to see it all go down the toilet.

Quick easy way to tell if the red in your poops is betain vs. blood

Here is another take on how to tell the difference!