Why the Room Gets Black & You Feel Dizzy when Standing Up 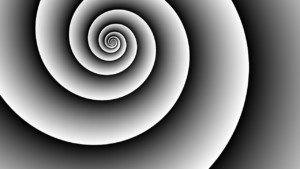 When you rise after sitting for a while, do you feel faint or like the room is blacking out?

This is called syncope or orthostatic hypotension.

“It is a result of a drop in blood pressure after standing,” says Robert M. Davidson, MD, a cardiologist with SignatureMD.

Usually it comes in at something like 105 over 67. I sometimes experience that blacking out sensation after rising from being seated for a while.

“The easiest way to prevent it is to get up slowly, or to exercise your legs (pushing up on the floor) while sitting before standing,” says Dr. Davidson.

I’ve noticed that when I must quickly and unexpectedly rise from a chair to tend to something, there is no blacking out or faint feeling whatsoever. Getting up in transitory steps will prevent the problem.

My mother had a unique kind of orthostatic hypotension following a pacemaker implant.

The blacking out did not occur immediately after she rose from a seated position.

The event would start unfolding usually about a minute after she was up and about, sometimes a few minutes.

Not only that, but unlike typical orthostatic hypotension, once it started unfolding, it could not be reversed by simply sticking it out while standing still.

In other words, people who feel faint or like everything is blacking out, after rising, typically stand still and lean on something to let the experience run its course.

After several moments, everything clears up and they resume walking.

In my mother’s case, this didn’t happen. She’d lose consciousness. This was discovered before she had a chance to take a hard fall to the floor. So while she suffered from this problem, I had to shadow her to prevent the fall.

Since the orthostatic hypotension would not resolve while simply holding my mother up (she’d instead lose consciousness), I had to “sink” her (from behind) to the floor on her fanny.

A chair was not a viable option because her altered mentation (from the blood pressure drop’s diminished oxygen to her brain) rendered her incapable of “aiming” her butt into the chair, and her legs were usually stiffened up, which made it very cumbersome for me to steer her butt into the nearest chair.

So, wherever we were when the passing out began to take grip, I sunk her to the floor or ground (e.g., inside Walmart, outside on sidewalk).

Only when my mother was on the floor and I leaned her back against my arms and legs, would the orthostatic hypertension begin reversing.

As mentioned, the blood pressure drop impaired her reasoning, rendering her incapable of having the mental faculties to realize that she had to sit down as quickly as possible.

So she’d continue walking about, not realizing that as seconds passed, she was becoming increasingly clumsy, bumping into things, off-balance and losing her wits.

The doctors involved in her cardiac care had no solution to this and no explanations. Amazingly, the problem eventually cleared up spontaneously.

That all aside, if you experience blacking out or faintness soon after rising from a seated position, and it clears up while you wait it out, you have nothing to worry about.

Dr. Davidson is with the Division of Cardiology at Cedars-Sinai Medical Center, Los Angeles, and has been practicing for 30+ years. Areas of specialty include coronary artery disease, heart attack and palpitations.