Chest Pain, Vomiting, Heart Attack, Anxiety: How Are They Related? 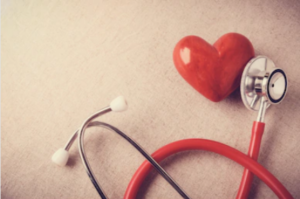 Chest pain with sudden nausea leading to vomiting, along with sudden sweating and/or shortness of breath can mean a heart attack either in progress or soon about to happen.

“The vagus nerve provides connection between the gut, the heart and the brain,” says Sendhil Krishnan, MD, a board-certified adult general cardiologist with advanced subspecialty training in interventional cardiology.

“Over-stimulation of this nerve, such as during a heart attack [or imminent heart attack], can lead to feelings of anxiety with the commonly described ‘sick to my stomach feeling.’ This can also lead to nausea and vomiting.”

My mother was having shortness of breath and had upchucked.

I urged her to go to the ER because I had read somewhere that vomiting for no reason in a person at high risk for heart attack can actually mean a heart attack in progress or about to come.

She was discharged from the ER  — after various tests turned out normal — with a diagnosis of acid reflux.

But three days later … she was on the operating table undergoing quintuple bypass surgery and mitral valve replacement. 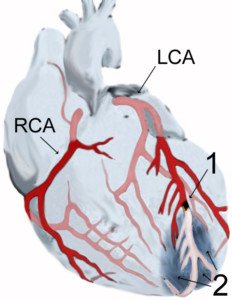 The index for suspicion of a pending heart attack in the typical elderly person with chest pain or sudden shortness of breath at rest should be very high.

To this day I will never know why the emergency room physician leaned much more towards the idea of some kind of digestive issue rather than a heart attack waiting around the corner.

Two days after her ER discharge, my mother then had complained of chest pain.

I took her back to the ER where she was then admitted after a blood test turned up abnormal — but not abnormal enough to diagnose a heart attack.

The next day a catheter angiogram revealed dangerous blockages in five arteries, and she went under the knife several hours later.

Anxiety has been noted as a sign of a looming heart attack, but more striking is that of vomiting.

It was that vomiting — even though it was just a little bit — that really tipped me off that something was wrong with her heart.

“I am also an interventional cardiologist which means I perform catheter-based interventions on patients having acute heart attacks,” says Dr. Krishnan.

“Again, there is involvement of the vagus nerve which can lead to this response of nausea and vomiting which is mediated through a reflex known as the Bezold- Jarisch reflex.”

Why hadn’t this symptom tipped off the emergency room doctor?

I had told him about it. He was more convinced that it was acid reflux!

Screw acid reflux! Ultimately, three physicians all told me that if my mother did not undergo quintuple bypass surgery immediately, she’d likely suffer a massive heart attack within a week.

“For patients it’s important to note that sudden onset of nausea and vomiting associated with chest pain, sweats, shortness of breath or a sense of impending doom really may be the start of an acute heart attack, and they should seek medical attention immediately,” says Dr. Krishnan.