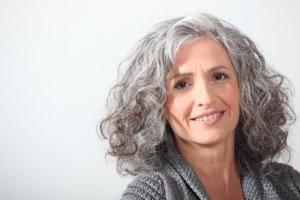 An older woman who suffers from panic attacks has an increased risk of one day having a heart attack.

And what makes this situation even more frightening is that the symptoms of a panic attack are eerily similar to those of a heart attack.

They are also similar to the symptoms of a pending heart attack.

Panic attack has a predictive value when it comes to a future heart attack for older women.

If an older woman has a panic attack, this could be a harbinger of a future heart attack as well as stroke.

That one panic attack can raise heart attack risk in older women, says a study, over the subsequent five years.

Other heart attack risk factors were adjusted for, showing that the panic attack is an independent risk factor for a cardiac and stroke event.

And just how much was the risk raised? At least one panic episode was linked to a four-fold risk of heart attack.

But Why Is Panic Attack Linked to Heart Attack?

The researchers speculate that the anxiety that’s involve in a panic situation (whether there’s a true stressor or imagined) may contribute to spasm of a coronary artery.

Another factor is that chronic anxiety will thicken the blood, making it more prone to clotting.

“Diagnosing a heart attack in women can be difficult,” says Amber Robins, MD, a board certified family medicine physician practicing in Arlington, VA.

“For women, the symptoms are less specific and could even be as vague as just a ‘weird’ feeling or pressure on their chest or even a panic attack.

“In general, it is always recommended to do things to help prevent heart disease altogether.

“To do this it would include eating a healthy diet (the closer to plant based and whole grain diet the better) along with physical activity.

“Doing these things also can help improve a person’s mood and may even help decrease anxiety.

“The World Health Organization suggests that older adults get at least 150 minutes of moderate exercise weekly or 75 minutes of vigorous exercise per week. This will help improve overall heart health.”

The results of this study are in the October 2007 Archives of General Psychiatry.

Dr. Robins has been active in various research studies that include gynecologic cancers, adolescent mothers and minorities in medicine.