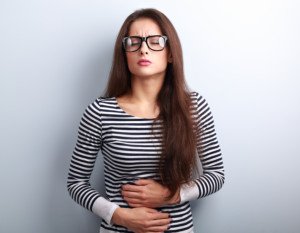 Malabsorption that results in odd-looking stools can have a variety of causes, and IBS (irritable bowel syndrome) can also cause stools to appear less-than-normal.

You may be wondering if there was a way to distinguish between IBS and malabsorption stools.

“I do not think there is any good way to tell apart the stools of someone who just has IBS from other malabsorption conditions like celiac disease, cystic fibrosis, or even inflammatory bowel disease,” explains Pejman Katiraei, DO, FAAP, an integrative physician whose many areas of specialty include adult and pediatric IBS.

Cystic fibrosis is an inherited genetic disorder that primarily affects the lungs.

If you’re experiencing malabsorption, chances are that your stools will be extremely foul-smelling.

However, very foul-smelling stools don’t mean you have malabsorption, and the absence of a foul odor doesn’t automatically rule out malabsorption, either.

Dr. Katiraei continues, “Any of these conditions can show up in all kinds of different ways. As such, in my opinion it is never a good idea to make a diagnosis based on how stools look.

“You have to look at the whole picture (Is the person having fevers? Are they losing weight?).”

Malabsorption often causes weight loss and other symptoms such as cramping, bloating, gas and muscle-wasting.

However, the absence of these other symptoms does not rule out malabsorption.

Dr. Katiraei continues, “Once this information is combined with lab testing and even an endoscopy by a gastroenterologist, then you can safely say that it is IBS or not.

“In my opinion, it is dangerous for any person to make a guess as to what condition they have based on the appearance of their stool.”

What you can do, however, is get familiar with the caliber of your stools.

Most people will not look at, much less closely examine, their stools, as they think this is “gross.”

Rest assured, you can actually get used to viewing what plops into the toilet bowl water.

I certainly did after I developed microscopic colitis.

My stools took on all sorts of funny shapes and textures, including bulky, oily looking, foul smelling, with lots of undigested food intertwined in them.

Sometimes my poops floated, and they had lost their normal milk-chocolate color and were a spectrum of tans, often with a greenish tinge.

Sometimes they’d promptly disperse in the water if I poked them with a cotton swab, and they were never fully formed, meaning, they were what I called semi-diarrhea.

He drew that conclusion by looking at my BMs, but there are fecal-sample lab tests that can determine if you have malabsorption.

If you’re familiar with what your stools should look like when everything is in balance within your body, then you will definitely know when something doesn’t look right.

If you have IBS, get to know how IBS affects the appearance of your stools.

Dr. Katiraei created Wholistic Kids and Families for people interested in learning how to raise a healthy child (and future adult) in a world that’s becoming increasingly polluted with toxins (chemical and emotional).