The Internet Is a Wonderland for Autistic Special Interests 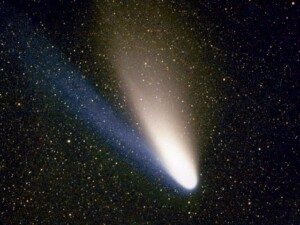 If only the Internet had been around at the time of my biggest autistic special interests!

I can only imagine how much time I would’ve spent looking at photos of, for instance, mental hospitals and mental patients.

Yes, that was one of my biggest obsessions at one point: schizophrenia, mental patients and mental hospitals.

I just KNOW I would’ve spent huge amounts of time on searches for exterior and interior images of mental hospitals, including pictures of “mental wards” prior to the implementation of antipsychotic drugs such as Thorazine.

The Internet is a godsend for autistic people, including kids, allowing them to easily access information and imagery of their hyperfixations.

When I was in the midst of my great shark obsession, I only had newspaper articles and tabloid magazines dedicated to shark attacks to fulfill my hunger. And some books.

And I could never believe those tabloids, what with their obviously fake photos of sharks swimming around with a person half sticking out of their mouths.

By the time I got sucked (no pun intended) into the special interest of wood chipper deaths, the Internet was in full swing, and I googled this topic bone dry.

At one point I knew how wood chippers worked and how a built-in mechanism could sense entrapment of a human in the grinders and automatically shut the machine off. 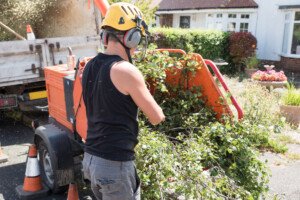 One of my lifelong special interests is racial ambiguity and mixed races. Needless to say, Instagram — with all of its hashtags relating to racial mixes — is a goldmine for me.

Another lifelong obsession is spellings of female names. I love searching for many different spellings of the same name in Facebook to see if anyone actually uses that spelling.

I also do it for general Google searches. I get so delighted when I see that there actually is someone named Awbri, Kymburli, Jenniphur and Erryanna. I even found a Kellssee.

Another hyperfixation is why it’s counterproductive to hold onto a treadmill. The Internet has given me a platform to write endlessly on this topic!

Several years ago I had a big fascination with people having a seizure after getting hit in the head.

The most common circumstances for this are boxing, football, skateboarding and motor vehicle accidents.

However, in my deep dive on YouTube, I also came upon some miscellaneous causes such as a matador being flipped into the air and landing on his head. The violent seizure that immediately ensued was gripping.

I can only imagine how much time autistic people spend on YouTube viewing the topic of their obsessions, being that just about everything is posted on YouTube.

There’s an autism meme I came upon:

“If your YouTube video has reached a million views, consider the possibility that most of those views are from one autistic person!”

There’s some truth to that, trust me.

Another big interest that took ahold of me, quite unexpectedly, was that of birds crashing into windows and dying.

There’s limited, mostly recycled narrative on this, and there wasn’t too much on YouTube, though I did locate a video of a bird dying in a man’s hand after it had crashed into his house’s window.

I also spent a lot of time perusing YouTube for anything related to fatal and serious non-fatal elevator and escalator accidents, viewing the few “caught-on-video” fatalities countless times, just over and over and over.

Speaking of over and over and over, I’d be rich if I had earned a nickel for every time I viewed the video of the fatal luge crash of Nodar Kumaritashvili during a practice run for the 2010 Winter Olympics.

This very unexpected special interest included freezing many frames and studying them intently. Thank you, YouTube!

YouTube is full of shark attacks caught on tape – but because this special interest of mine is now only a “regular” interest – shared by millions of people worldwide – I will be satisfied viewing a shark attack after maybe one to five times.

However, I’ve spent what was probably an atypical amount of time online seeking out pictures of human bodies mauled by sharks, having come across some pretty gruesome images.

I spent quite a bit of time in an arborist forum during my wood chipper death fixation.

This special interest spawned a secondary interest in the tree care industry. A tree care worker is called an arborist.

Suddenly, I was wanting to check out the many threads in a major online community for arborists.

Of course, the first category of threads I had to check out, after creating an account so that I could post, was the one on accidents – namely, involving wood chippers. I read all the threads and their responses.

I posted some questions (can’t recall what they were specifically). I also think I started a few threads.

I had this odd, strange feeling of envy for those in the tree care industry – that I was not a part of it, that I did not work high up in trees for a living, that I did not know how to use a chainsaw.

Yet at the same time, I acknowledged that I totally lacked the aptitude to cut and care for trees.

Nevertheless, I spent good time on this forum, even entertaining the idea of dedicating 30 minutes a day to reading through the threads (many categories unrelated to accidents), so that after 12 months, I’d know SO MUCH about the tree care industry. But I never followed through on that idea.

Forums are a rich treasure trove for autistic people, enabling them to engage full-force with their special interests without other people thinking they’re obsessive, weird or “that’s all they talk about.”

Forums will help satisfy the urge to talk excessively about their special interest in person.

I never felt a need to insert narrative about wood chipper deaths or tree care in person, because (presumably) my engagement in the forum satisfied me.

Facebook is another wealthy venue for people on the Spectrum. I read of an autistic woman who had an obsessive interest in houseplants; she spent many hours every week on several Facebook pages dedicated to houseplants.

Advice for Parents of Autistic Children

The Internet for an autistic person is like a candy store to a starving child who’s just been told they could have all the candy they want.

If your autistic child spends a lot of time googling their latest obsession, don’t let this distress you.

It’s not as bad as you might think if your autistic kid “doesn’t get out much” and “spends too much time” reading about ancient Greek pottery or viewing pedestrian-car collisions.

Sometimes it’s difficult to tell if an interest is truly an obsession or if it’s a level of passion that a neurotypical might have. After all, motor vehicle accidents caught on tape have a TON of views.

Nevertheless, parents should remind themselves that their autistic child is safe and sound in their bedroom on the computer, while who knows what kind of trouble their NT classmates could be getting into in the neighborhood.

I’d like to hear from autistic people in the comment section below about what you’ve googled due to your special interests!