Why I Was Hoping So Bad for an Autism Spectrum Diagnosis 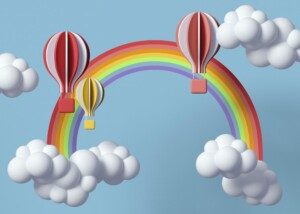 Getting denied an autism diagnosis would’ve crushed me. I didn’t know what I was going to do if the examiner told me I was neurotypical.

Look, I’ve always known I was wired differently – perhaps since third grade. At some point in my adulthood I began imagining that one day I’d get a full psychological assessment to find out “what I have.”

I’ve always known that something was up. But I never thought it could be autism.

I certainly didn’t want it to be a “personality disorder.” Once I began realizing that I could very possibly be autistic, I wanted the diagnosis to be Autism Spectrum Disorder.

I’d reflect upon how there was nothing cool about borderline personality disorder, social pragmatic disorder or being a defective, malfunctioning neurotypical.

But ASD is pretty cool. Yes, that’s what I said: COOL. If this offends anyone, then consider it a natural byproduct of my atypical programming.

All my life I’ve had odd or peculiar interests and fixations. This was yet my latest: wanting that autism diagnosis – and quite desperately.

To Be Validated, Liberated and Emancipated

An ASD diagnosis would mean all of these for me. It would explain EVERYTHING.

It would explain numerous things about myself that, prior to my research into ASD, I had absolutely no idea were caused by ASD.

One of those things is the so-called special interest. When I began reading about this, I couldn’t believe it. I thought, “I’ve always had strange interests and obsessions!”

There’ve been times in my life when I did not show empathy when I should have. Instead I was like a Vulcan.

I wasn’t suppressing my emotions like a Vulcan, though. Rather, it was my natural demeanor for the situation.

I’d always believed this must’ve come from not being given enough physical affection during my formative years.

But something didn’t quite ring true with that theory — for a few reasons.

Many people who didn’t get much physical affection during their developmental years grow up to be very affectionate or capable of expressing empathy, promptly giving physical comfort to loved-ones in psychological distress.

In fact, affection-deprived children may turn out to be quite overly affectionate and “lovey-dovey” as adults who have a comforting voice.

Second, I must’ve gotten a lot of physical affection — at least when I was a baby, because I’d always known my mother to absolutely love playing with babies.

Whenever she saw a baby in public, she approached the mother and wanted to interact with the baby.

Though I don’t recall getting hugged a lot growing up, this – in and of itself – simply did not explain my other peculiarities!

When family members needed some physical empathy, I was not able to deliver. When they needed an empathetic-sounding voice, I couldn’t deliver.

I’m unable to execute that sweet, soothing voice that so many women can yield. I’ve never been able to emit warm and fuzzy vibes.

So if I were to be diagnosed with ASD, this would eradicate a lot of guilt over my lack of expressing empathy.

While I was hoping for an autism diagnosis, I also acknowledged that even mild autism (formerly known as Asperger’s syndrome in the U.S.) has caused people a lot of grief. I certainly understood that.

In fact, I’d think, “Whatever it is that I’ve had all my life, has cost me dearly.”

It’s caused me to be disliked by many classmates, teachers and coworkers. It’s caused me the inability to find a soulmate despite aggressive attempts.

But I couldn’t imagine being any other way. I just couldn’t.

Neurotypicals have given me a lot of stress over the years. I’ve struggled to understand what makes their brains tick.

To be told by the psychologist that I’m neurotypical would’ve been completely devastating.

I didn’t want to be like the people who’ve disgusted and infuriated me over the years.

I didn’t want to be like the masses, whom I’ve always perceived as being idiotic, foolish, inept, incompetent, annoying, thoughtless, inconsiderate and obnoxious.

To have been told that I’m, after all, more like them than like someone on the Spectrum, would’ve been the decimation of my morale.

I would’ve been lost and disoriented. To have been told I’m like the very individuals whom I cannot relate to, with whom I’ve never been able to fit in, would have been beyond demoralizing.

Can it be ADHD?

I took an online ADHD screening test and scored nowhere near ADHD range. I just didn’t fit the picture for ADHD.

Plus, ADHD failed to explain nearly all of my traits.

Can it be OCD?

The only OCD things I do is occasionally triple check the stove before leaving the house.

At my previous townhome, after locking the door upon leaving to go somewhere, I’d pull on the knob three times to triple make sure it was locked.

I’d pull on a window several times to make sure the lock was working before going to bed. This kind of stuff sounded like a little OCD.

But whatever it was that made me me could not be explained by obsessive compulsive disorder.

Could it be social pragmatic disorder?

This seemed to have been a fair differential for the social aspect of my history — sort of.

But it outright bombed at explaining the other “quirky” traits, not to mention strange sensory issues.

There was only one condition that explained ALL of my traits. Only one. And it was Autism Spectrum Disorder.

I thought of how shocked I’d be if I were denied an ASD diagnosis. But a part of me had doubts — because that’s just the way my mind operates — especially since I didn’t experience the eye contact problems that many autistics describe.

I also speculated on the idea of getting several diagnoses outside of autism that would connect all the scattered dots.

I’d then wonder, what disorders other than ASD, when together in the same person, can cause ALL of the following?

• Frequently rehearsing in my head future conversations with real and “sample” people.

• Lots and lots of stimming. This includes rocking, various leg and finger movements, various finger-to-hand rubbing, flicking my index finger, swaying while standing, gently chewing on my tongue, teeth clicking, smelling and feeling my hair, watching my big fluffy ponytail sway from behind in a mirror as I shake my head, and more.

• Strong preference for routine and sameness

• History of missing when someone’s “kidding” with me and a few embarassing situations of literal thinking. In grade school I thought that Penn State was where all the pens were made.

• Hatred of clothing tags; will cut every one down to the nub.

• Greater hatred of stickers on merchandise and fruit; will make sure my fingertips do not come in contact with them.

• Aversion to some non-loud sounds; disdain for loudness – though I’m not sure if this stems more from wanting to prevent noise-induced hearing loss.

I just hoped so much that I’d be diagnosed as autistic. Because if I wasn’t – what would I then be, a failed neurotypical with some unspecified personality disorder?

I didn’t want to be a defective NT. I wanted to be a perfect Autist.

There were eight weeks between the initial intake form and the first phase of the evaluation (in-person). This time passage was agonizing.

There was then a week in between the first evaluation and the second one, which was done remotely.

I then had to wait a week for the PDF report, which would be followed by a remote meeting with the examiner.

I was so scared that she’d tell me I wasn’t autistic, even though she said at the first evaluation that good eye contact wouldn’t influence the assessment.

Oh, did I mention that another driver of my doubts was that I had excellent executive function?

I kept telling myself that poor executive function, burnouts and meltdowns were NOT in the diagnostic criteria as outlined by the DSM-5. But still … the anxiety was ferocious.

When I saw Autism Spectrum Disorder on the PDF – I squealed with delight! I was ecstatic, overjoyed! I was like, “YESSS!” Cue the fist pump!

My Autistry comes with some exceptional abilities. I wouldn’t trade them for anything. I really can’t imagine being any other way.

It’s high time that autism be normalized. Here we are, living in a day and age when people are trying to normalize morbid obesity; obesity kills 300,000 Americans every year. Have we gone mad?

I’d like to see the push to normalize autism. Autism Spectrum is NOT a processing error.

It’s an alternate operating system that is crucial to the technological advancement of humankind.