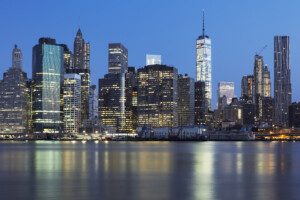 Because humans didn’t evolve to embrace fluorescent lights or noisy crowds in enclosed spaces; makes you wonder how many with autism breezed through life before modern technology.

I was inspired to write this after an autistic woman pointed out that if you “need accommodations,” this means your autism causes a disability.

I vehemently disagree with this baseline. Many neurotypicals require some kind of “accommodation” on a recurring basis as well as for occasional events – such as a sedative for a routine dental checkup or an MRI exam.

I’m autistic and have always been naturally completely relaxed during any kind of dental work including having cavities drilled out and the removal of amalgam fillings.

And one time when my head and chest were completely inside a closed MRI, I was so relaxed I almost dozed off – without any sedative.

What the autistic woman essentially believes is that if an autistic person lives in a world of fluorescent lighting and noisy crowded shopping centers, and must make accommodations to deal with all this stimuli (sunglasses, earplugs, fidget spinners, chew necklaces, shopping only very early in the morning, etc.), then that person is disabled by their autism.

If they must wait inside their house for the neighbor to go back inside theirs, so they could go to the mailbox without having to respond to a predictable greeting by that neighbor, then this means that autistic person has a disability.

Yet when a neurotypical deliberately tries to avoid someone, people are more likely to assume it’s because the someone is boorish or unpleasant.

Many autistic people hate using the phone and correspond as much as possible via email or text. This is an accommodation for the anxiety they experience with phone calls.

But what about before the phone was invented? What about a time when the noise of a busy highway near a house was centuries into the future?

Thus, an eventual invention created an issue that needs to be accommodated for some autistic people!

Many Autistics Thrived During the Pandemic Lockdown

This is like saying that any neurotypical who unraveled from the social isolation and super quietness of pandemic lockdown was disabled by their neurotypical nature.

Meanwhile, quite a few people with Autism Spectrum Disorder did quite well during the lockdown, working from the quietness of their home instead of the noise and odors of a busy workplace.

Need I say that many neurotypicals suffered from depression, anxiety and the lack of human in-person contact when they were forced to work from home? It’s all relative!

What if autistics lived in the 14th century? Lighting was via torch and sunshine.

There were no Walmarts, Costcos and other crowded, brightly lit, noisy venues for obtaining food, clothing and other necessitates of living back then.

There’d also be no overwhelming fragrances. Thus, the meltdowns, anxiety or aggravation of sensory overload would not exist, and hence, that mildly autistic person would not be disabled — according to the autistic woman whom I had corresponded with.

Even in the 19th century, in developing towns where light was obtained via oil lamp, and shopping centers were merely small quiet stores, there’d be much less offensive stimuli.

The more industrialized we become, the more sensory issues that arise. What kind of sensory issues could 17th century Autists have had? Imagine how quiet a pre-industrial society was.

For sensory-seeking Autists, they’d rely on nature: various stones, leaves, flowers, plant stems, wind, soil and other components of the earth. Or, they might rely on fabric, animal fur and ancient musical instruments.

And of course, many autistic people are quite fine relying on body parts for sensory seeking or self-regulation such as flicking their fingers, rocking, swaying, spinning, shaking a foot, bouncing a knee, feeling or smelling their hair, and various finger fiddling.

Many of the “sensory issues” that modern-day autistics have are caused by the inventions of a modern society.

This includes certain food textures and tastes that are not found in nature.

It includes sounds and odors, plus other experiences of a modern society such as the loud buzz of many conversations going at once in the close confines of a restaurant with loud overhead music.

When the smoke detector was being tested at my new home, it went off when I didn’t expect it.

Damn was it loud; quite uncomfortable to my ears. Weirdly, the realtor and construction rep didn’t flinch a millimeter.

From their perspective, I had a “sensitivity” problem. But humans did not evolve to easily tolerate very loud, shrieking screechy noise.

That many people can easily tolerate such sounds is beside the point. For all I know, that construction rep can’t tread water and would drown on a dime if he went overboard in a boat, whereas I could easily keep my head above water with rhythmic treading.

He’d need a life vest, while I and many other autistics who can swim would not. Who gets to decide what’s a disability and what is not?

According to the woman I had correspondence with, if an Autist needs to reside in a quiet, sparsely populated area to accommodate their challenges — then that person is disabled by their ASD.

The irony is that people used to live in that kind of environment in the first place: quiet, slow-paced, plenty of space, no crowds, natural lighting and oil lamps — a peaceful existence for the most part. In fact, they didn’t even have tags in clothing (a bane for many autistic people) in a pre-technological society.

I’m not disabled by my autism just because I hate clothing tags and cut them out down to the nub.

It is not in our genetic, evolutionary hardwiring to be okay with the feeling of these things on our skin.

And though I’m driven to remove tags that won’t ever touch my skin, such as inside sun hats, inside wallets and inside fanny packs – this requirement is only a quirk, not a disability.

I am NOT disabled by my autism just because men were stupid enough to invent loud, multiple exhausts for cars, altered (and illegal) pipes for motorcycles, or because some women feel compelled to drown their bodies in fragrance before stepping out onto the gym floor to exercise.

Imagine all the autistics who’d be able to go shopping without a hitch if fluorescent lighting were never invented, and instead, LED lighting had always been around.

What if population growth was such that cities were never crowded enough for there to be crowded stores?

What if the U.S. adopted what many Asian and Southeast Asian countries have, regarding eye contact?

In the Western world plus the UK, Western Europe and Australia, avoidance of eye contact is costly in the social and occupational realms, yet in numerous other countries, giving good eye contact will significantly work against you.

Some autistic people have difficulty making eye contact for longer than a few seconds.

Though I can easily sustain eye contact, I speak on behalf of those Autists who struggle in this area – whose struggle would go completely unnoticed in the following countries: China, Hong Kong, Japan, South Korea and Vietnam.

My take is this: Don’t be quick to label autistic people as disabled just because they need accommodations. What many autistic people find to be averse was not written into our DNA.

Though some of it seemingly has been, such as the feel of our own hair on our necks, this doesn’t mean that intolerance of one’s own hair on their neck makes them disabled!