Is a Thin Body a Risk Factor for Gestational Diabetes? 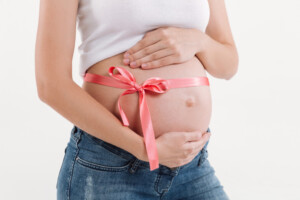 Does the fact that even thin women can get gestational diabetes mean that low body weight is a risk factor?

Or do thin women with GDM have other risk factors unrelated to weight?

Due to the growing “fat acceptance” movement (which isn’t the same as “body positivity”), an increasing number of women – who are at least 20% over their ideal body weight – have come to believe that even significant obesity does not correlate to a higher risk for major medical conditions.

This would include the development of gestational diabetes – which is the onset of diabetes during pregnancy.

They may also point out, in their defense, that even normal-weight or thin women can develop GDM.

Yes, women of all sizes can acquire diabetes during pregnancy.

Or CAN a thin body during pregnancy actually somehow cause diabetes?

“Not necessarily, unless she has the listed risk factors described below such as PCOS or a family history of diabetes,” says Dr. Kimberly Langdon, MD, OBGYN, medical advisor at Medzino Health.

“The prevalence rates for GDM are higher for African, Hispanic, Indian and Asian women than for Caucasian women.”

Thinness Is not Risk Factor

“Women with PCOS can be thin, normal weight or obese.”

There is no study linking being a size 4, 6 or 8 – prior to or during pregnancy – to a higher risk of developing diabetes.

What percent of GDM is attributable to obesity? 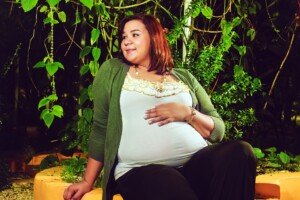 There is a linear relationship between prevalence of GDM and amount of overweight.

For example, a study in the American Journal of Public Health lists rising rates of GDM with rising body mass index (BMI).

For underweight expectant women it was 0.7%. For the “extremely obese” it was 11.5%. For in-between BMI’s, the percentage increased linearly.

The precise mechanism through which increasing levels of overweight increasingly associate with GDM is not known.

But what is clearly known is the very strong linear association.

The more overweight a woman is while pregnant, the more likely she will develop diabetes prior to giving birth.

The Association Should Give You Pause

Even though the word “association” is used in studies, rather than “causes,” all women should take the association seriously.

And it can’t be said too much: Just because a thin woman can develop GDM doesn’t mean that obesity isn’t a major risk factor, nor does it mean that being slender – in and of itself – raises the risk.

If you’re overweight and not (yet) pregnant, it’s crucial that you responsibly attain a medically healthy weight.

This should be achieved through portion control, increased intake of fresh produce, fewer processed foods, more fish, less meat and sweets, and a commitment to aerobic and resistance exercise.