Will Soda Hydrate You when Flying to Prevent a DVT? 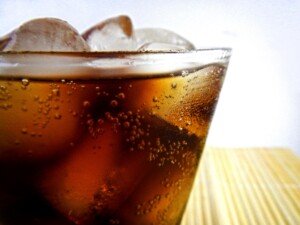 A vascular surgeon comments about drinking soda on an airplane for hydration to help prevent a deep vein thrombosis.

You may understand that keeping hydrated is extremely important during long air flights, since dehydration is a risk factor for the development of a DVT.

If you’re like many people, you’ll want some chilled soda in the name of staying hydrated while on that long flight.

“I did find a study from the American Heart Journal that found a small but statistically insignificant risk of diet soda and DVT incidence,” says Kevin Casey, MD, FACS, a vascular surgeon with West Coast Vascular.

Don’t let that “statistically insignificant” element throw you, however.

This is about keeping hydrated on long flights, and soda is certainly not the way to get the job done.

Soda produces the opposite effect, even though it may quench your thirst.

“As you state, hydration is very important in most patient populations (being careful to avoid volume overload in patient with CHF or chronic kidney disease,” explains Dr. Casey.

“I have a very hard time believing that drinking soda during air travel decreases the incidence of, or is protective against, DVT.”

Save the Soda for the Ground

“The best advice on how to stay hydrated is to drink plenty of water while traveling, as long flights increase the risk of dehydration.

“Soda, ‘energy drinks,’ and other caffeinated drinks do not count as an equivalent to water and may in fact serve to dehydrate the individual.

“People should not make the mistake of thinking that all fluids are equivalent to water with respect to meeting hydration goals.”

DVT Prevention on an Airplane