Self-Love vs. the Promotion of Obesity: Here’s the Difference 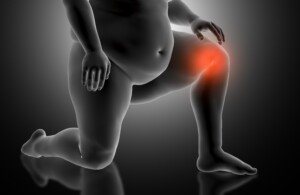 It’s not that the self-love gurus are telling thin women to get obese. Instead, they’re telling already-fat women to STAY fat.

There are self-love influencers who don’t really promote obesity. Rather, they model different kinds of clothing and/or also post exercise videos or images.

Some of them may even periodically provide updates on how their weight loss plan or exercise endeavors are going.

And others tell of how they’re happy at their plus-size weight, how they’ve come to accept it, even if they’re very large. But this talk may end with just them.

But now there is a growing sub-group of self-love, obese influencers who are literally telling their morbidly obese followers that it’s okay to STAY that way.

These are the far-goners. They are far gone. Even a physical disability due to carrying too much weight isn’t enough to retrieve them from that point of no return.

Amanda Martinez Beck is an example. On her Etsy site where she sells obesity promoting items, it says near the bottom, “It’s Okay to Be Fat.”

She describes herself as a “fat activist” and has written a book titled, “Lovely: How I Learned to Embrace the Body God Gave Me.”

Before you point out that there are “pro ana” sites that promote starving oneself down to a dangerously low weight, I’m well aware of these.

But this article is about the promotion of obesity – encouraging ALREADY-obese women to REMAIN that way.

The existence of pro ana forums, and even any 88 pound Instagrammers who may be telling their followers that stick thighs are beautiful, is NOT relevant.

If you don’t understand why, then look at it this way. Suppose there’s an article about the harm of encouraging smoking among teens.

And suppose there’s an Instagrammer or some site that encourages heavy drinking.

There’s no reason why the article about promoting smoking should discuss the promotion of getting drunk.

So with that all said, let’s stick to the issue with obesity, including morbid, which is happening more and more these days.

A very fair observation is that if the significantly overweight Amanda Martinez Beck lost 100 pounds, she wouldn’t need her wheeled walker – which very disturbingly she has posted images of herself proudly seated in it.

If I had to use a walker due to a chronic condition (including obesity), I’d be absolutely devastated. I would do everything possible, like lose weight, to eliminate the walker. F— self-love; it’d be about self-preservation.

Amanda Martinez Beck’s motto is “All bodies are good bodies.”

Well, not all bodies are fit or healthy bodies. What’s so good about being too heavy to walk in a park without using a rolling walker?

The reality of thin people being unhealthy and out of shape is not relevant. Remember the smoking and drinking example?

But to make this easier to understand, let’s suppose you know a 130 pound woman who gets breathless after climbing a flight of stairs, and has high cholesterol and high blood pressure.

Do you NOT understand that if she put on 100 pounds, she’d be in even worse condition? WAY WORSE.

If you’re obese and want to wear horizontal stripes, shorts on a hot day or a swimsuit to a crowded beach, then go for it.

If you want to promote self-appreciation with posts such as “Name five great things about yourself,” or, “Treat yourself to a bath bomb; you deserve it,” that’s one thing.

But it’s just so wrong to promote obesity by telling morbidly overweight women that they should stay that way and that reducing calories is some dastardly act.

However, on numerous occasions, I’ve read posts by thinner women defending these very plus-size self-love influencers by stating, “I’m skinny and don’t feel like gaining a ton of weight just because (name of influencer) preaches self-love and fat acceptance.”

It’s telling them that it’s wrong to want to get faster on your feet; lessen knee pain; wrong to lose weight to get rid of the acid reflux disease; and “abusive” to limit your child’s intake of junk food to prevent chubbiness.

According to Amanda Martinez Beck, my mother abused me as a child because she’d allow me only one Hostess product a day (Twinkie, Suzy Q).

My mother was way ahead of her time, NOT abusive, Miss Amanda. How dare you?

Hostess products are pure junk, and I’m so glad she never let me eat as much of this chemical food as I wanted. There were limitations on McDonald’s, too. Thank goodness. This is smart parenting, not abusive parenting!

In Japan, where morbid obesity is exceedingly rare, many practice the 80/20 approach to eating meals. When they feel 80% satiated, the meal is over.

Amanda Martinez Beck’s book title, “Lovely: How I Learned to Embrace the Body God Gave Me,” incorrectly names God as the creator of her morbid obesity.

God does NOT give morbid obesity to any person. We humans do that to ourselves. If most cases are genetic, where were these “fat genes” 100 years ago?

The Bible says our body is our temple. We should treat a temple with utmost respect. This means work on becoming our healthiest and fittest selves possible.

We owe this to our children so that they can have parents in their lives for a very long time. 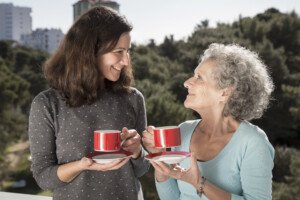 And please, no “The fittest, healthiest, leanest person could die in a car accident” defense.

A fat person could too!

This argument, commonly given by fat activists, is extremely weak. A fatal car accident is a constant in the equation – equally possible with BOTH fat and lean fit people. It is…a constant.

Let’s talk about variables. One variable for health, fitness and longevity is weight control.

Another is strength training. A third is aerobic exercise. Others include abstaining from smoking and illegal drug use.

I sure hope this clears a lot of things up. Promoting obesity is so much different than promoting self-love, high confidence or fashionable clothing. Please, please, learn the difference!