Does Coumadin (Warfarin) Prevent DVT 100% of the Time? 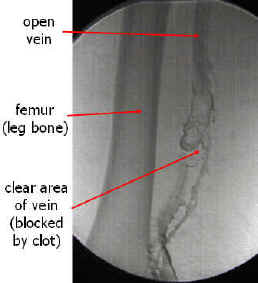 Can Coumadin (Warfarin) prevent DVT’s 100% of the time or can these dangerous blood clots still form and go to the lungs and become life-threatening?

If you’re on this blood thinner, you do not have any guarantee, unfortunately, that you’ll be protected from a deep vein thrombosis all of the time.

So why do DVT’s occur in some poeple on Coumadin?

“A hypercoagulable state is certainly one cause of treatment failure,” says Seyed-Mojtaba (Moji) Gashti, MD, a board certified vascular surgeon with Broward Health Medical Center in Florida.

This can mean a clotting disorder that has not been diagnosed.

“Other causes include tolerance to Coumadin (for example people with a known malignancy, and DVT would do better with Heparin than Coumadin),” adds Dr. Gashti.

Inadequate dosing can be another reason why a person can develop a DVT while on Coumadin.

This is determined by routine blood tests. The INR is the clottability of blood. A higher number corresponds to thinner blood.

When my parents were on Coumadin, they were instructed by nurses, as well as a pamphlet, about consumption of dark leafy green vegetables such as kale and spinach, which are high in vitamin K.

The consumption had to be consistent throughout the medication therapy.

This meant that if a patient normally eats two dark green salads per week, they can continue doing so as long as the quantity doesn’t change.

While on this blood thinner, they should not then suddenly jump to four salads per week.

If you’re on Coumadin to prevent a DVT, make sure you have full instructions regarding vitamin K consumption.

Symptoms of a Deep Vein Thrombosis

• Cramp or pain in the calf that cannot be explained by recent physical activity; does not get better; is not relieved by sitting.

• Redness or warmth about the calf or behind the knee.

• Swelling in one leg.

• People on Coumadin who have risk factors for DVT need to regularly check their legs.