Does a Fat Dog Mean You Don’t Get Enough Exercise? 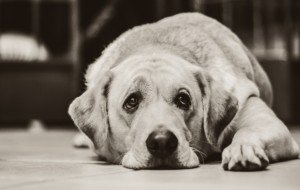 Does a fat dog necessarily mean its owner doesn’t get enough exercise?

I once came upon a quote: “If your dog is fat, you’re not getting enough exercise.”

My parents’ dog wasn’t as lean as he should have been. He was overfed and under-exercised.

Neither of them did any structured exercise. The dog was never walked. Instead he was let out into the fenced-in yard to do his business.

People who exercise are more likely to take their dog to a park for Frisbee or ball tossing.

Where there’s a fat dog, chances are, the animal’s owner is not getting enough exercise. This can be taken two ways.

A person who’s devoted to fitness is not likely to allow their dog to get fat.

The lean fitness enthusiast may be very cognizant of how much his pet eats, and may also be making sure the pet gets exercise.

This isn’t to say that those who never work out can’t be capable of monitoring their dog’s food intake.

My aunt never exercised but was very strict about her trim dog’s food intake.

Nevertheless, it doesn’t make sense that a lean fitness enthusiast would allow her dog to get pudgy.

The second consideration is that if a dog is fat, it’s not getting adequately walked or played, which suggests that the owner isn’t a very active individual.

Either way, an overweight dog means that there’s very likely an out-of-shape, under-exercised owner nearby.

If your dog is hefty, take it as a sign that you need to get moving more, and that some of this increased movement should include your pet. This includes small dogs.

Your pet will benefit from aerobic workouts as much as you will.