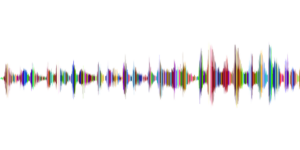 Because an acoustic neuroma is a brain tumor that causes tinnitus in one ear, one has to wonder what it actually sounds like.

In nearly every case of an acoustic neuroma, the tinnitus affects only one ear because the condition is an overgrowth of nerve cells.

It’s estimated that one out of every 1,000 cases of unilateral tinnitus is caused by these tumors.

However, in even rarer cases, both ears are affected in individuals who have a genetic condition called neurofibromatosis type 2.

Tinnitus is commonly referred to as “ringing in the ears,” which is a misleading descriptor because few, if any, cases of tinnitus sound like something “ringing” such as a doorbell, church bell, dinner bell, school bell or landline phone.

A most common description is that of a steady, thin, very high frequency tone or pitch that does not fluctuate.

Another common description is that of steam coming out of an old radiator.

But what does tinnitus sound like when caused by an acoustic neuroma?

“Some patients report no tinnitus at all, while some have very severe tinnitus,” continues Dr. McRackan.

“The degree of tinnitus is often, but not always, associated with the degree of hearing loss caused by the acoustic neuroma.

“It is very important to remember that the vast, vast, vast majority of patients who have tinnitus do not have an acoustic neuroma.

“The character of the tinnitus varies widely from a simple ring (that can vary in frequency) to cricket-like, crackling, hissing, etc. It really comes in many flavors.

“There is no distinguishing tinnitus associated with an acoustic neuroma. However, it is uncommon to have tinnitus that sounds like a pulse or like your heartbeat.”

That last descriptor applies to the so-called whooshing or swooshing sound.

This kind of tinnitus is usually caused by something involving blood vessels and typically synchronizes with the heartbeat.

Sudden Tinnitus in Just One Ear

The type of sound you hear in just one ear, then, is not indicative of an acoustic neuroma.

So whether it’s a steady buzzing, a tapping, chirping or a tinkling, a fluctuating lower tone or a mix of these, do not panic that any one particular flavor of subjective sound means you might have the benign brain tumor.

It’s the presence of other symptoms that are suggestive of the tumor, such as:

In summary, the perceived hearing of the tinnitus of an acoustic neuroma does not have any unique characteristics that set it apart from other causes of the “ringing.”