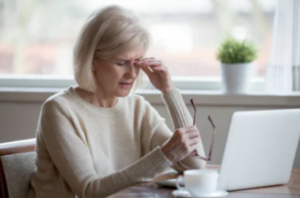 Both chronic heart failure and ALS cause weakness and fatigue.

For both conditions, here is a detailed rundown of the differences and maybe some similarities between fatigue vs. weakness.

What Is Chronic Heart Failure?

This is a chronic or longstanding condition in which the heart fails (hence the term “heart failure”) to efficiently pump blood.

This means a reduced volume of blood throughout the body, including to the musculoskeletal system. 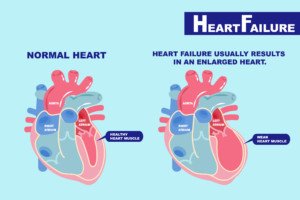 So of course, one of the symptoms is decreased energy levels – or fatigue resulting from exertion (even mild) that wasn’t there before.

For optimal energy levels the body needs a healthy level of blood circulation. Working muscles – even when that work is light – need more oxygen.

Chronic heart failure gets worse over time. Risk factors include high blood pressure, smoking and being overweight, though plenty of CHF patients are not overweight and never were.

It belongs to a class of illnesses called motor neuron disease. The motor neurons in the brain and spinal cord begin dying off. 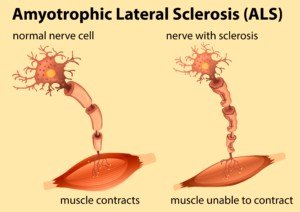 “It is characterized typically by fatigue associated with progressive weakness of specific muscle groups such as legs, arms and hands, which are often accompanied by clumsiness and loss of coordination,” says Dr. Tavel.

Chronic Heart Failure Fatigue and Weakness Compared to that from ALS

Dr. Tavel explains, “By contrast, heart failure is generally less progressive, with general fatigue associated with shortness of breath, but it does not attack specific muscle groups or coordination.”

• ALS fatigue progresses over weeks or months – very noticeable to the patient.

• The progress of heart failure fatigue is not noticeable over months, let alone weeks – unless the patient has stage 4 disease, the most severest form. Stage 1 is mild.

Patients are still able to exercise, even do a 5K. Awareness of declining fatigue is measured in years, not months.

Or, to put it another way, “I get out of breath more easily these days.”

• As ALS progresses, the patient experiences more than fatigue; there is lack of coordination where none existed before. And it will get worse, not improved with exercise.

• Heart failure does not cause lack of coordination or issues with balance.

In fact, a person with CHF can significantly improve their balance with exercise and yoga. 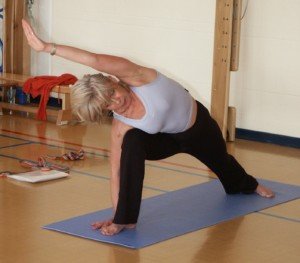 • The weakness of ALS starts in specific muscle groups, such as the leg or foot, or an arm.

It can be abrupt, and not just practically overnight, but making what should be very easy movements quite difficult. For example, suddenly the patient can’t jog.

• A person with even advanced heart failure can still jog (albeit for only a very short duration).

They don’t have muscle weakness other than that associated with age or lack of strength training.

Even an 89-year-old with stage 4 heart failure can take out the garbage – but they’ll be panting afterwards.

• As ALS progresses, its signature symptoms become more apparent and less similar to those of chronic heart failure.

As ALS begins affecting the muscles involved with respiration, breathing becomes difficult – and it is difficult with every breath.

It’s not just “shortness of breath,” but difficulty with the mechanics of breathing. It’s difficult to inhale.

• Someone with advanced or stage 4 heart failure does not experience difficulty with the mechanics of breathing.

Rather, they just get winded very easily. They may suddenly feel short of oxygen while sitting. But they have no trouble taking deeper breaths.

• The muscle atrophy of ALS eventually becomes visible, but even before then, only specific muscles are affected in earlier stages.

• As heart failure progresses in an aged person, especially one who does not strength train, muscle atrophy will be increasingly visible — and in all four limbs and occurring at the same rate.

Yes, there will be muscle wasting, but an “I feel weak lately” complaint is due to getting older.

Tests for CHF and ALS

Heart failure can easily be confirmed with an echocardiogram.

The verification for ALS, on the other hand, is more complicated and involves an EMG study.

One more important note: It’s entirely possible for someone to have both heart failure and amyotrophic lateral sclerosis.

Patients with any serious illness in its advanced stage will report being very weak and fatigued.