Why Do Infants Scratch Their Heads? 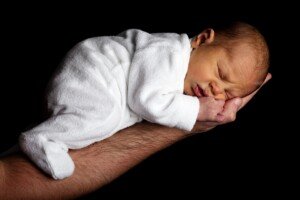 Why shouldn’t an infant be scratching his or her head?

After all, adults and kids do it all the time: There are many reasons an infant and any other age person will sometimes scratch their head.

The head is covered by skin. And skin is prone to itching. And when something itches, what do we do? We scratch it.

An infant’s fingers can make their way to his or her head and scratch an itchy area, even though the movements won’t be as coordinated due to the infant’s lack of neuromuscular development.

This may create the illusion that something worse is going on, when all it is, is a very harmless little itch.

A bug could have momentarily landed on the scalp. Are there houseplants in the baby’s room?

Houseplants sometimes attract tiny gnat-like flies. However, this is not the most likely reason for the itching—only a very unconsidered one.

“Like any adult, there can be a variety of reasons babies scratch their head including behavior, irritation, dry skin and infections.

“The most common cause of an itchy scalp in infants is seborrheic dermatitis, which is a common dermatologic condition with dry, flaky skin of the scalp in babies. It looks crusty and yellow.”

This is the same condition that causes dandruff in adults. Because adults (most, anyways) have much more hair than infants, the distinctive appearance of seborrheic dermatitis is concealed.

On a baby with very little hair, it will look more serious than it actually is. But never diagnose it yourself. Always have a doctor make the official diagnosis.

Dr. Warsh also says, “Infection of the hair follicles called folliculitis can lead to inflammation and an itchy scalp.

“Eczema, which is a condition of dry skin and moisture loss, can lead to inflammation of the scalp leading to constant scratching.”

Getting an Infant to Stop Scratching His Head

“A shampoo or product can cause a chemical dermatitis leading to an itchy scalp.

“I would also consider a vitamin and nutrient deficiency such as B vitamins, zinc or selenium which can affect hair growth and the skin.”