Cancers that Can Mimic TMJ Symptoms & Lead to Misdiagnosis 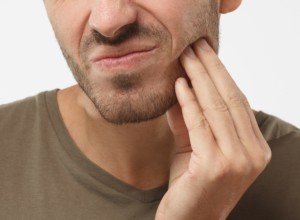 There are several kinds of cancer that can mimic TMJ symptoms and lead to misdiagnosis.

And in fact, misdiagnoses of TMJ disorder has actually been made in some cases.

“I would always recommend any dentist or physician to rule out all forms of cancers or tumors prior to starting TMJ treatment because of the overlap of some symptoms,” says Jeffrey Haddad, DDS, of Doolin Haddad Advanced Dentistry in Rochester, MI.

The symptoms of some cancers and TMJ disorder overlap so much that Dr. Haddad requires every one of his patients to undergo a cone beam CT scan of the entire head and upper neck in three dimensions.

The image is analyzed by a Diplomate of the American Board of Oral and Maxillofacial Radiology to rule out any tumors or abnormalities on the scan.

“In my opinion, this is imperative in the proper treatment of any patient exhibiting certain head and neck symptoms,” says Dr. Haddad.

Cancers that mimic TMJ disorder can arise within the jaw or its associated tissues, or the parotid gland.

These cancers can cause symptoms similar to those of TMJ disorder (which is also known as TMD).

When people complain of orofacial pain or dysfunction that is typically seen in TMJ disorders, TMD is often diagnosed – incorrectly – due to a high threshold of suspicion for other causes including cancer.

That threshold should be lowered, even though malignancies that mimic TMJ disorder are rare.

The Journal of Surgical Case Reports (Jan. 2014) details the case of breast cancer that had spread to the mandibular condyle of a 48-year-old woman, causing symptoms that mimicked TMJ disorder (temporal pain, swelling, mild impairment in opening mouth).

The JSCR emphasizes that it’s rare for a primary cancer to cause symptoms that mimic TMD. It is exceptionally rare for the cancer to be metastatic from a primary distant site.

Nevertheless, within that parameter, the five types of cancers that can spread to the TMJ can be ranked in order of frequency:

The paper points out that by the time condylar metastases is diagnosed, the median survival time is five months.

The Journal of the Canadian Chiropractic Association (Dec. 2004) reports the case of a woman, 50, presenting with one-sided jaw pain consistent with TMD.

An ulcerated mass at the base of her tongue was found: squamous cell carcinoma.

“Symptoms can be similar to that of temporomandibular joint disorder making examination of the patient’s mouth important to rule out oral cancers,” says the JCCA.

In this particular case, the patient had continuous pain which was worsened by chewing, and tenderness of the TM joint.

If this cancerous mimicker of TMJ symptoms has your heart pounding, it’s important to note that the patient had been a smoker (one-two packs a day) for 34 years (major risk factor for oral cancer) and a social drinker (smaller risk, but risk nonetheless).