Can an Unruptured Aneurysm Cause Headaches? 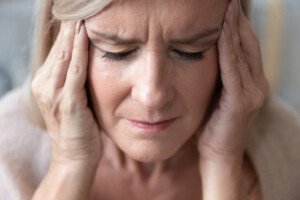 Though a rupturing brain aneurysm causes a thunderclap headache that’s the worst imaginable, can an unruptured aneurysm actually cause any kind of headaches, and if so, how does this happen if it has not ruptured?

“An aneurysm can cause headaches,” says Farhan Siddiq, MD, a neurosurgeon with University of Missouri Health Care.

When a cerebral aneurysm (bulging and weak blood vessel in the brain) ruptures or bursts, “A typical description is sudden onset, with patients sometimes saying the ‘worst headache of my life,’” explains Dr. Siddiq, a member of North Texas Neurosurgical & Spine Center, a Texas Health Physicians Group practice.

The headache from a bursting aneurysm will not respond to over the counter drugs such as ibuprofen or aspirin.

Headaches from Aneurysms that Have NOT Ruptured

“During some instances, an aneurysm may not bleed and still cause headaches due to mass effect,” says Dr. Siddiq.

Mass effect refers to a mass of some sort pressing upon the brain, compressing it in the area of contact with the mass. This is visible on a CT scan or MRI.

“If an aneurysm becomes very large and pushes on the nerves or other surrounding structures, that can also cause headaches,” says Dr. Siddiq.

When to Go to the ER

If you have a troubling headache, the key issue, says Dr. Siddiq, is to note whether or not it’s “different in characteristic compared to their usual migraine,” and to seek medical attention, even going to the emergency room if the pain is severe and not something you’ve ever had before as part of your normal benign headache regime.

“In general, smaller aneurysms are not known to cause pain,” says Dr. Siddiq. “They are asymptomatic, unless they are pushing on nerves or they bleed.”