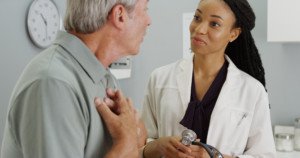 Never believe that congestive heart failure is a required part of getting old, because a study shows that exercise can help prevent this very common condition.

Could exercise once a week reverse advanced heart failure in people over 65?

Don’t bet on it, because exercise once a week isn’t even enough to prevent heart failure if begun in middle age.

Exercise is a powerful tool for fighting congestive heart failure. But there’s a catch:

You must abandon the idea that only once—even twice—a week is adequate.

In fact, even three times a week won’t quite cut it, says the study by cardiologists at UT Southwestern and Texas Health Rescources.

The key is to get a minimum amount of exercise and begin early enough in life (before 65) for it to have an impact on markedly lowering the risk of heart failure in old age.

How Much Exercise Is Needed to Prevent Heart Failure?

First off, the frequency is four to five times a week.

An example is four minutes of brisk nonstop incline walking or jogging, then about three minutes of easy walking back down the hill, with this duo repeated for a total of four times.

Or,  you can run as hard as you can on a flat surface for about 30 seconds and alternate that with a few minutes of walking. 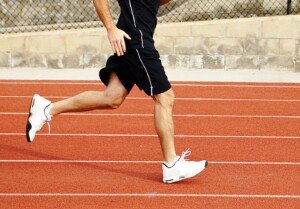 Another example is a 30 second pedaling blitz on a stationary bike—enough to leave you heavily panting at the end—alternating with 90 seconds of easy pedaling. Repeat for a total of eight “sprint” rounds.

#2. One hour of medium effort, fun aerobic activity such as a Zumba class, hike or brisk walk.

#3. Half an hour of medium intensity work, similar to #2, but because it’s for 30 minutes, make it a bit higher in effort level but not strenuous.

You’ll be short of breath but able to converse. This can be inline skating, hiking, pedaling, jogging or a heavy-bag workout.

This would fulfill the four times a week requirement to help prevent congestive heart failure, but the study does indeed recommend additional exercise.

• One strength training session per week.

• Twice a week is even better. 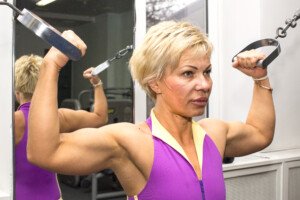 • Ideally, strength train on the days that you’re not doing the aerobic training.

• If that’s not possible due to scheduling, then do the strength training after the cardio.

• That last point contradicts what many personal trainers tell their clients who must do both in the same day due to scheduling.

But this advice is directed to people whose primary goal is fat loss and/or building muscle, rather than preventing congestive heart failure.

• However, if psychologically you dread the idea of resistance training after cardio, then do the weight workout first. Compliance is crucial.

Too Out of Shape for All this Exercise?

The study subjects built up to the frequency and intensities, starting with three, half-hour medium level workouts per week for the first 90 days.

After 10 months they were able to incorporate two high intensity interval sessions.

The study, which went for two years with subjects 45 to 64 and is published in the January 2018 Circulation, involved a control group who did only yoga and balance exercise.

Inactive people, as they age, will end up with a stiff left ventricle muscle.

When the left ventricle is stiff, it fails to adequately contract to pump out optimal levels of blood. This is bad.

Left ventricular stiffening can be well underway by the time a sedentary person reaches middle age. This lays the groundwork for future congestive heart failure.