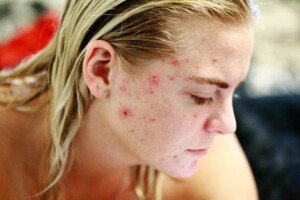 This isn’t about deliberately nasty comments to those with acne, but so-called well-meaning comments that are actually quite hurtful, rude and thoughtless.

These supposedly well-intentioned comments typically come from family members, friends, acquaintances, coworkers and strangers off the street whom one might be next to in an elevator, on a bus or standing in line somewhere.

Sometimes the comment or question is made out of curiosity or of being puzzled over the skin condition.

But just because a comment or question is not made on purpose to hurt the person with acne, doesn’t excuse the speaker’s total lack of common sense – especially if the commenter is someone who’s only marginal in the person’s life – such as an occasionally seen neighbor or the cable technician, and especially a complete stranger off the street.

And don’t think it’s okay to toss out a spontaneous comment just because there’s only “a few pimples.”

“You need to take better care of your skin.”

“Wow you have a lot of pimples.”

“Your skin looks really bad in this lighting.”

“That looks painful; how come you don’t do anything to get rid of it?”

“You know you have a big pimple there, right?”

“You must eat a lot of chocolate.”

“You must be under a lot of stress.”

“I used to break out really bad too!”

“You’d be so pretty if it wasn’t for all the acne.”

“What happened to your face?”

“You have a lot of pimples. You should see a doctor.”

“You should get a facial with all that acne.”

“Are you picking at your acne?”

Just don’t say anything about the acne or pimples. And don’t feel you’re entitled to just because you’re that person’s aunt, father, mother, grandmother, sister, boyfriend, girlfriend, boss at work, whatever.