Survival Time if You Have a 20 Percent Ejection Fraction 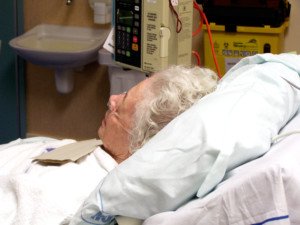 An ejection fraction of 20 percent is pretty bad, and if you know someone whose EF is this low, you’ll wonder how much longer their survival time may be.

A report in the International Journal of Cardiology took a look at the survival of congestive heart failure patients with very low left ventricular ejection fraction.

Low LV EF means that the left ventricle does not pump properly, resulting in an inadequate supply of blood for the rest of the body.

The general rule is that a very low EF is a predictor of mortality.

The study by Niebauer et al looked at 99 patients who all had ejection fractions of equal to or less than 20 percent.

The patients were followed up after three years – at which point mortality came in at 74 percent.

However, it was determined that left ventricular ejection fraction was not a predictor of survival rate for these patients.

So what was? Peak VO2 – which was measured at the beginning of the study. Peak VO2 turned out to be a strong predictor of mortality.

What is peak VO2?

This is the maximal oxygen consumption or uptake, as it is measured during exercise in which intensity is incrementally increased.

A common way to measure this is a treadmill test, in which the tread surface starts out as flat (zero incline) while the patient walks at a slow speed. 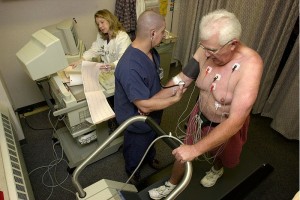 And while the speed remains the same, the tread is gradually inclined higher and higher until the subject reports that the workload is difficult.

Ejection fraction is the percentage of blood, relative to how much the heart chamber is filled with, that gets pumped out with each beat.

Blood is pumped through the aorta, which branches out with vessels that further branch out so that the entire body receives oxygenated blood.

VO2 will be very negatively impacted when someone with a very low EF is engaged in exercise with increasing workload.

The conclusion of the Niebauer study is that when ejection fraction is “very low,” three year survival is also low.

“These results suggest that it is unlikely that small increases in ejection fraction will be associated with a survival benefit in this group,” continues the paper, “and treatments aimed at increasing peak VO2 may be more appropriate.”

“Among patients with an EF between 20 and 35%, a 5% increase in EF was associated with a lower mortality.”

So the question then becomes, What is the survival time if you have an ejection fraction of over 20 percent but under 35? 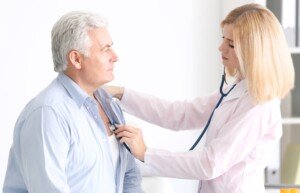 And, as a general rule, without taking into consideration the very small Niebauer study, how long can a person with an ejection fraction of about 20 percent be expected to survive?

“It is difficult to predict survival in patients with very low ejection fractions because comorbid conditions play a major role,” begins Waqar Khan, MD, who’s been providing state-of-the-art cardiology services to the Houston area for over 20 years, and is author of “Be Heart Smart: Understand, Treat, and Prevent Coronary Heart Disease.”

“Broadly speaking, survival in such patients is less than 50% at about 10 years.

“And it’s much worse in patients who have ongoing coronary heart disease or other comorbid conditions that are not stable.

“Such conditions may include uncontrolled diabetes or kidney failure or other medical conditions. Such patients may also be placed on a waiting list for heart bypass.”

Dr. Khan discusses options for increasing the survival odds of people with ejection fractions as low as 20%.

Waqar Khan, MD, has a private practice and serves as an affiliate faculty member at Baylor College of Medicine in Houston, TX.