Just How Bad Is Smoking for Brain Aneurysms? 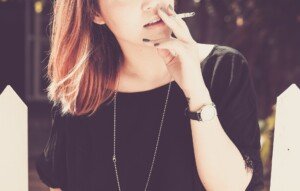 Maybe you think your smoking will magically escape lung or mouth cancer, but ever consider a brain aneurysm?

Smoking is a risk factor for developing an aneurysm.

But a study out of the University of Michigan has found that smoking significantly increases the risk that survivors of a brain aneurysm will suffer a recurrence of the condition.

The study, headed by B. Gregory Thompson, MD, says that for smokers, there was an almost threefold increase in aneurysm recurrence.

They were grouped by current, former and never smoker. All the participants underwent endovascular treatment.

• Current and former smokers had a recurrence of 26.3 percent.

• Never smokers had a 17.2 percent recurrence rate, accounting for the remaining 64 cerebral aneurysms.

Why would smoking increase the recurrence rate of a brain aneurysm? 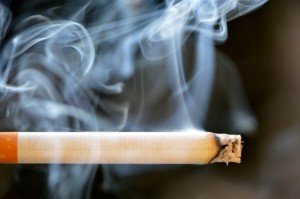 “Smoking is mildly to moderately bad for aneurysms due to blood pressure elevation that can cause rupture,” says Richard Honaker, MD, Chief Medical Advisor at Your Doctors Online, with 30+ years’ experience as a primary care physician.

“It also affects some regional blood flow, increasing flow to some organs and reducing flow to others. This too may have an effect.”

Quit Smoking – for Your Brain, if for no Other Reason

The patients knew from the start the importance of kicking the habit; they weren’t in the dark. They were educated on this topic, but just would not quit.

Many people actually have brain aneurysms and don’t know it because they lie there silently.

The first symptom is usually when this bulging blood vessel ruptures, spilling blood into the brain:

A life-threatening condition that almost always causes sudden and very severe head pain that patients (those who survive) describe as “thunderclap.”

Most aneurysms are discovered by accident with imaging for an unrelated purpose.

That next cigarette just isn’t worth it.

Dr. Honaker has been recognized by D Magazine as one of the Best Doctors in Dallas several times and a Texas Super Doctor by Texas Weekly. He’s also a recipient of the Physician Recognition Award from the American Medical Association multiple times. Your Doctors Online