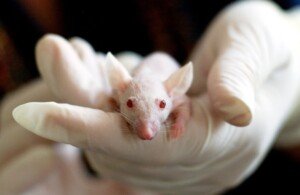 UPDATE as of FEB 2017 of the breakthrough copper study that halted ALS progression in mice.

The copper-ATSM research is moving along since early 2016.

Brief Recap of Copper-ATSM ALS Mice Study
Mitochondria are energy “organs” inside cells. In ALS they are damaged. The copper-ATSM (also known as CuATSM) aids in delivering copper to cells with damaged mitochondria.

In one type of mouse model, ALS progression was halted with CuATSM. These mice lived for over 650 days. Mice that didn’t get the copper-ATSM were dead in two weeks.

When the CuATSM treatment was withdrawn in some of the mice, the ALS symptoms came back within two months.

These mice were dead in a month without a return to treatment. In mice that were re-treated, ALS symptoms again vanished; they lived six to 12 months.

February 2017 Update on ALS Mice Copper Study
I was in contact with the lead study author, Joseph Beckman, PhD, an experimental biochemist and professor of biochemistry and biophysics at Oregon State University.

I asked if there was a 2017 update for the ALS mice copper study and if human trials had begun. Like most laypeople, my perception of time passage for mice experimentation to human experimentation is very accelerated.

Dr. Beckman replied via e-mail, “There will be a presentation at the Boston MND meeting in December [2017] on human studies.

They are only phase I and I cannot say much nor do I know the results.

The drug seems to be tolerated as far as I can tell. Frustratingly slow progress but actually fast for human trials.”

Dr. Beckman sent me his “Summary for ALS patients and Friends about CuATSM and Clinical Trials (February 21, 2017).”

He points out that he has no direct involvement in development of human clinical trials nor in patient enrollment.

Key Points as of July 2017:
Copper ATSM Treatment for ALS

• The experiment on mice indicates the cuATSM drug “should be safe,” says Dr. Beckman’s report, “but there is a possibility that in humans of significant liver damage or other toxic effects.”

• There’s no proof that cuATSM will work in ALS patients who do not have SOD mutations, but also no evidence it won’t work.

• Though the news of the study came out in very early 2016, the first safety trial with humans wasn’t initiated till Nov. 3, 2016, in Australia.

• The first patients to receive the drug (again, to screen it for safety rather than actually treat the disease) have received a low dose and thus far, over a period of weeks have not suffered adverse effects.

Many people believe that once a drug shows promise in small animals, the next step should be to give it in therapeutic doses to people.

Dr. Beckman’s report explains, “It starts with small doses and will test to see how well is the drug tolerated. The lowest dose was well tolerated and the investigators plan to escalated [sic] to a higher dosage.”

Why does it take so long to go from mouse studies to human studies?

“What some patients might consider to be time-wasting regulations are absolutely necessary steps in the process,” says Dr. Beckman’s report.

“I can assure you that Copper-ATSM is being moved down the path already and should be in human safety testing in a few months.”

But the length of time from human safety testing to approval as treatment is far from short, due to analysis of risks vs. benefits.

“It appears likely that the Phase I trial for Copper-ATSM will be done with ALS patients,” states the report.

“If Copper-ATSM is tolerated, the trial may be allowed to continue into a Phase II efficacy trial.”

Next after that are larger phase III trials that will truly tell if the drug works.

“This path is the best way to test a drug for a deadly disease,” says the report. “The drug is being developed for international use as rapidly as possible.”

ALS Patients Are Dying; Why Not Just Cut to the Chase
and Give Them the Drug in Full Dose?

“Probably the most common theme raised by patients and families is what do I have to lose,” says Dr. Beckman’s report.

“The answer unfortunately is a lot. For example, copper is toxic in the brain and the liver.”

Copper-ATSM tightly binds to copper, preventing toxicity – in the lab mice and rats. “We do not know if this will be true in humans in general.”

Furthermore, “It is possible that this drug at the wrong dose would destroy the liver in a day. This would be a slow awful death” without a fast liver transplant.

“The drug might work well in 2-3 patients but then end up killing dozens of patients in a larger scale.”

Many tests must be conducted to avoid these hypothetical but realistic outcomes.

“This is a major reason that clinical trials are so tedious to organize and conduct.”

Another component that requires time is that of placebo controls. “The disease is more variable that [sic] most people think and this is the best means possible to establish whether the drug has a real effect.”

Another so-called holdup to giving the drug in therapeutic doses to ALS patients is the conundrum of how to formulate it (pill? injectable solution? dosing and frequency?).

“These are just a few of the challenges that must be overcome before producing a drug for human use.”

CuATSM will be tested in sporadic and familial SOD cases, “and we should know the answer in several years at the most” if it works in both types of ALS.

“We have to learn how to best use it to treat ALS in humans.”