How to Prevent Eating Disorders in College 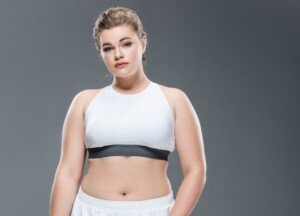 College can trigger an eating disorder. I went to college.

I love to eat. The dorm food was great. I’m a woman. Now that sounds like a recipe for disaster.

But eating disorders can, indeed, be avoided while you are away at college for the first time.

Stress of college life can bring on an eating disorder, says Mary Boggiano, PhD, University of Alabama at Birmingham associate professor of psychology.

Boggiano explains in her report, “A lot of students have heard about the ‘freshman 15.’ To keep from gaining weight, some students engage in risky behaviors such as excessive dieting or purging food.

“In many cases, people learn about the risky behaviors from others students in their dorm or over the Internet, so that obsession about weight can become infectious.”

If you suspect a developing eating disorder, Boggiano recommends you seek help from your college campus counseling center, a college support group or from a doctor.
She also advises against trying to take care of the eating disorder by yourself, because it will get worse.

However, suppose you’re too ashamed to seek help. Is it possible to dissolve an eating disorder all by yourself, while at college, away from home? I believe so.

Years ago for a few months I took laxatives several times a day while shoving down gargantuan amounts of food.

I wasn’t suffering emotionally. I just couldn’t stop eating tons of food, and didn’t want to gain weight. The laxatives prevented weight gain. I told nobody what I was doing.

After about two months, I decided to stop the nonsense. And I did cold turkey, and never returned to that behavior.

To help prevent an eating disorder while you’re away at college, keep these rules in mind:

Put aside at least 30 minutes a day for intense exercise. Make no excuses.

Don’t ever think that exercising an hour every day is excessive. Anyone who tells you this probably watches TV two or three hours a day, or spends at least an hour a day playing mindless computer games.

Never skip breakfast and always include fruit with breakfast. Don’t fall victim to social eating; if you’re done with your meal and the people at your table are still eating, don’t eat to fit in; when you’re done, you’re done.

Drink water with lunch and dinner; no soda. Dessert is okay, but one serving only. Never eat beyond the point of satiation.

Abstain from diet pills, laxatives and gimmicky diet plans. Avoid alcohol as much as possible.

Focus on what your body can do, not what it looks like. It should be of more value to you that you can jog a mile nonstop or knock off 10 military pushups than whether or not you can fit into a size 6 pair of jeans. Weigh yourself no more than once a week.

Sticking to these rules will really help prevent an eating disorder while you’re at college, and when at home.

Also, another way to help prevent a college eating disorder is to reward yourself (for acing a test, etc.) with pleasures not related to eating, such as a manicure, massage, extra long nap, window shopping or volunteering at an animal shelter. Yes, while away at college, you can exact power over eating disorders!