Should Family Members of Brain Aneurysm Patient Have MRI? 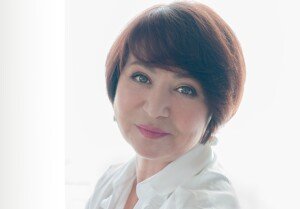 If you just learned a family member has a brain aneurysm, you definitely should schedule an MRI scan of your brain, as there is a familial link to this condition.

You Learn an Immediate Family Member  Has a Brain Aneurysm

• You should undergo an MRI, whether that first-degree is your parent, your sibling or your child.

• First discuss the MRI screening with your primary care physician.

“We’ve had situations where an adult in her 40s was found to have a cerebral aneurysm,” says Curtis Pavlick, a cerebrovascular physician assistant, in a report at clevelandclinic.org.

Pavlick points out that the risk increases if you and/or other family members have risk factors for a brain aneurysm, like high blood pressure and smoking. Other risk factors are unmanaged diabetes and street drug use.

So how is the aneurysm discovered in the original family member in the first place? You’ve heard the saying, “He had an aneurysm and died.”

An aneurysm is a bulge in a blood vessel; the bulge has weakened walls that are at risk for dissecting.

People don’t “have an aneurysm and die.” They have a ruptured aneurysm – meaning, it dissected or burst, resulting in a hemorrhage.

These bulges usually have no symptoms and can be stable for many, many years—and in fact, people could live well into old age without any incident.

Only upon autopsy is the aneurysm discovered, and there may even be two or three of them – all silent for that person’s entire long life.

Most are discovered by accident when the head is scanned (CT, MRI) for an unrelated reason such as head trauma from a car wreck.

So that family member is then discovered to have a silent aneurysm. Their parents, siblings and kids should undergo an MRI. An MRI emits no radiation.

If an MRI detects an aneurysm, it may or may not require treatment, but at a minimum, will require monitoring. In other words, not all aneurysms are time bombs.