Key Signs of a Bad Karate or Martial Arts Instructor 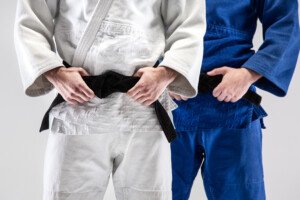 Some alarming clues of a bad karate instructor; learn these before you “sign up.”

I certainly know; over a course of years I’ve attended a number of martial arts schools in four different states.

Sometimes you need to be in a martial arts school for a few months before you realize that the person heading the school has some pretty bad flaws.

The second school I ever attended was headed by a man in his 30s who, as I eventually came to realize, was on an ego trip.

The kids were mixed with the adults in the classes, and one day, he casually asked the class, after putting us through a challenging workout, “Who here would like to get some water?”

Many of the kids’ hands went up, and maybe those of a few adults. This louse then spoke, “All of you who just raised your hands get down and do 20 pushups.”

I had not been one of the ones who raised a hand, by the way, but I still recognized this as very shoddy instruction, and no physician with half his senses would have endorsed this practice. And he didn’t let anyone get water after that, either.

When children who’ve been exercising in a hot racquetball court — yes, the class took place in a non-ventilated racquetball court — are thirsty, then by golly, THEY NEED WATER, and certainly not punishment for being tricked into raising their hands!

If a karate instructor pulls a stunt like this, he’s trying to pump up his ego; I recommend you immediately pull your kids out of a school like this.

The rule is to be on the lookout for anything that just doesn’t “sit well” with you, either as a karate student or a parent of a student.

This same instructor wasn’t too pleased that I had several times landed kicks into the chest of a black belt woman during a sparring session; I had a novice belt at the time. His sour attitude didn’t sit well with me.

The woman was irate and I was “punished” by having to do pushups. That woman didn’t like it that a low-ranked student got past her blocks.

I’m all for pushups; when I was a personal trainer I had my clients doing pushups, and I myself adhere to a pushup regimen.

However, using pushups to punish kids who are duped into admitting thirst, and to punish novice ranks for getting past the blocks of black belts during sparring matches, is way out of line.

Beware of karate instructors who make any comments that seem to point back to their egos.

At a taekwondo school, the instructor had all of us, including young kids, seated on the floor while he kept talking and talking about what it was like to go out to dinner with the head honcho of the taekwondo organization.

The instructor delighted in telling us that you were not permitted to eat until this millionth-degree black belt took the first bite.

If you’re being served food inside the dojo, then this pack-order mentality is understandable.

But outside the dojo, when martial arts instructors still think they are your masters at Bob’s Steakhouse, there is something very wrong.

Beware of karate instructors who encourage you to continue training despite having an injury.

I didn’t appreciate the fact that one instructor told me with a smirk, more than once, that “toes are expendable.”

This came after I learned that he was having a student or two train despite having broken toes.

He boasted that one of his black belt students competed in a tournament with a broken foot.

The line between foolishness and being smart is not the least bit fuzzy. When you hear whacked advice like this, that “toes are expendable,” and bragging that students compete with broken bones…head for another karate school.

No martial arts instructor is perfect, but who needs perfection to recognize that training with a broken bone can cause permanent injury, and depriving dehydrated children from water in a hot racquetball court can cause harm?

No harm was done that day, but that’s because luck was on everyone’s side.

I’ve witnessed adults nearly pass out from dehydration during workouts; certainly, kids are more at risk when dehydrated.

Any Olympic athlete and Olympic coach will tell you that proper hydration is mandatory for top performance.

Contracts, Out of Control Kids

Beware of karate instructors who insist you sign a contract exceeding three months, and who promote people to the next belt level who don’t seem to have the skills

Beware of karate instructors who cannot control the kids. At one school, the kids were often running loose and horsing around, and the instructor would use up time trying to restore order, while the adults were left in the lurch. This school eventually folded, not surprisingly.