Can Bodybuilding Ever Be Unhealthy? 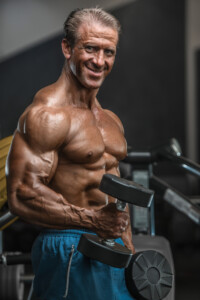 No matter how big your muscles get, you will not become unhealthy as a result.

If you actually think huge muscles are unhealthy, then ask yourself why, when you’re at the busy medical clinic for a routine checkup, you don’t see one bodybuilder after another standing in the long check-in line or anywhere in the building.

And of course, this assumes that the very muscled person is NOT taking performance enhancing drugs.

There will always be those who believe “That’s not healthy” when referring to a photo of a bodybuilder on stage.

This isn’t about the dangers of steroids. It’s about muscles—“lots of” muscles, and whether or not that’s unhealthy.

At least that’s the case with all of the people I’ve ever heard throughout my life say that a very muscular body isn’t healthy.

What about stiff joints from all the bulk?

It’s a myth that bodybuilders have stiff muscles and joints. Though the typical male physique athlete can’t drop into the splits, neither can the average man off the street.

Bodybuilders train their legs and hence, have strong knees and dense bones — and this protects against easily-fractured bones from falls or other accidents.

“It’s not healthy to be like that” sounds more like an attempt by the average Joe or Jane to justify why they’re so out of shape.

They may perceive the V taper as unnatural and harmful, because it’s inconceivable to them how someone could have such a tiny tight waist yet looming shoulders.

Furthermore, bodybuilders and physique athletes tend to have far healthier diets than do average people. So where this “unhealthy” label  originates is nothing short of baffling.

Their sources of protein are usually grilled chicken and fish, tuna salad and sometimes various cuts of steak—all in whole form rather than in boxes full of synthetic additives and added sugars. 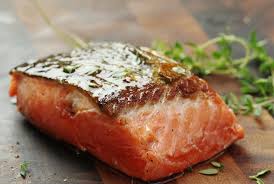 They do enjoy eggs and eat plenty of steamed vegetables, brown rice, yams and boiled potatoes.

If they eat bread, it’s often whole grain rather than white (though many bodybuilders avoid bread altogether).

Breakfast for the bodybuilder is typically a vegetable omelet, sometimes with just egg whites, plus oatmeal with berries—you get the picture, whereas the typical American breakfast is anything from pancakes, sausage and English muffins slathered in sugary jams, to cereals full of artificial colors and lots of added sugar. Not to mention the pastries.

As a former personal trainer for a large health club, I was inspired to write this article after a man told me, “It’s not healthy to be like that,” when I showed him a photo of male bodybuilders on stage.

Needless to say, this man, a coworker of mine at the time I was working in an office, ate multiple bags of various munchies throughout every single day, and drank a lot of soda.

I don’t know about you, but I’d rather have a bodybuilder’s physique and diet than live on the junk that this man did. I might also mention that he had a big belly and rather scrawny arms and legs.

Which body below is healthier? I know which man I’d rather have find me if I were buried under rubble from an earthquake. 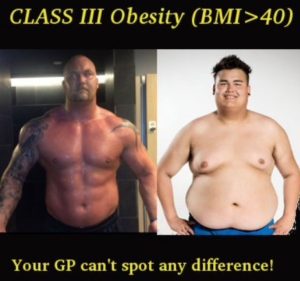 I can easily picture the man on the right quickly becoming exhausted after shoveling snow, risking throwing out his back, and awakening the next day sore from head to toe.