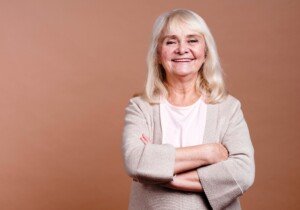 What is different about this group when compared to the two-thirds who fail to get back their independence?

This isn’t a comparison of total hip replacement (THR) patients who had elective surgery for osteoarthritis.

This compares those who underwent the THR for hip fracture with each other: the ones who regained their independence vs. the ones who did not.

“When a person fractures their hip, sometimes it is just a fluke: dog gets under them, crack in the sidewalk, etc.,” says Kamala Littleton, MD, orthopedic surgeon with Orthopedics and Joint Replacement at Mercy Medical Center in Baltimore, Maryland. Board Certified, Dr. Littleton specializes in joint, hip and knee replacement and reconstruction.

Dr. Littleton continues, “Others are at risk. They are weak, have neurological balance issues, dementia, have heart or lung conditions which can make them unsteady (shortness of breath, A-fib, congestive heart failure, poor heart function), which cause them to fall.

“Often (especially in the city) they live in very cluttered houses with many stairs, narrow hallways and throw rugs. They have lived in these places for years (often alone) and miraculously have managed.

“They are a bit like a ticking time bomb. The fall and subsequent fracture are the explosion.

“They can’t use a walker in their houses, can’t navigate stairs, spend time in rehab or nursing facilities and just can’t make it back to independence.”

Though no hardcore data exists on the precise elements that differentiate the hip fracture patients who recover fully from the ones who remain in nursing care or permanently on a walker or cane, it’s reasonable to say that the ones who fully recover have few to zero comorbidities (e.g., dementia, congestive heart failure).

But suppose we have a patient who has only brittle bones and is very de-conditioned, but has decent heart functioning and normal neurological status.

She quickly rises from a chair and hurries to answer the phone, and along the way, a leg gives out and down she goes, fracturing a hip.

If this person has always hated exercise, has always led a sedentary life, has always dreaded the idea of moving enough to trigger a sweat or increased heart rate—and toss in a little stubbornness, pre-existing mild depression and/or baseline sub-rational thinking—then you may just well have the perfect storm for a patient who never regains independence following hip fracture repair.

Another factor that can taint recovery efforts is when the patient, when it’s time to return home, ends up in an environment that’s not conducive to recovery.

An example would be a spouse who’s an enabler—who fetches everything his wife asks for instead of encouraging her to walk to get what she wants.

Or, the spouse may not be proactive. An example is if the patient announces she doesn’t want home physical therapy, and the husband goes along with this instead of wearing the pants.

I know a woman whose mother fractured her hip at age 88. After surgery and a little rehab center stay, the patient returned home—which was her daughter’s house, and refused physical therapy.

The daughter told her she was going to make up a list of nursing homes for her mother to choose from. This casual announcement by the daughter inspired the mother to commit to therapy, and she recovered.

When a patient refuses therapy, the family must do everything possible.

If the patient still isn’t motivated, the family should re-evaluate the environment they’re providing: Is it enabling?

This is particularly important if the surgeon and physical therapist have given NO medical or mechanical reason for why the patient can’t regain independence following the hip fracture repair.

Of course, the presence of psychiatric pathology will likely interfere.

People undergoing hip replacement for a fracture will also need to have their thyroid levels checked post-surgery, as major surgery could alter thyroid levels, especially in a person with pre-existing thyroid disease.

Unchecked levels can cause cognitive impairment, depression, sleepiness and/or weakness.