Can Excessive Walking Cause Knee Bursitis? 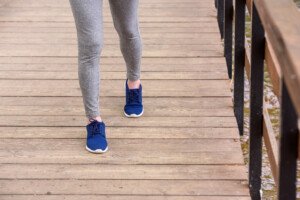 If you already have bursitis in your knee, then it stands to reason that excessive walking will make you aware of it.

But this doesn’t mean that a lot of walking actually causes bursitis in the knee.

We live in a society that’s so sedentary that a lot of walking is viewed as something potentially harmful, when in fact, lots of walking is exactly how the human species survived and flourished. The problem is all the sitting that we do.

But let’s get back to bursitis of the knee. Something causes this when people have it.

Bursitis doesn’t just happen. A bursa is a fluid-filled sac (it’s supposed to be filled with fluid).

“The knee joint contains several bursae, which can be grouped by location into the medial, lateral and frontal bursae,” says Devin B. Peck, MD, owner of Austin Interventional Pain in Austin, TX.

Causes of Bursitis in the Knee

“The most commonly-affected by inflammation leading to bursitis are the suprapatellar and pes anserine bursae. Pes anserine bursitis results from overuse and is common in runners.”

Now you might be thinking, if bursitis is common in runners, why wouldn’t a lot of walking be a cause?

This is because when we do a lot of walking, it tends to be for the sake of either transportation (such as a lot of walking on the job) or non-hard-impact exercise (fitness walking). 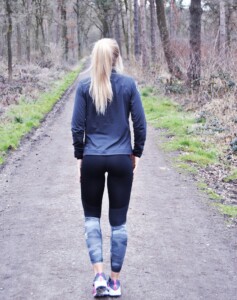 When bursitis is caused by running, it’s because the patient has been running way beyond that required for transportation or general fitness.

In other words, the patient has likely been training for long-distance running events or breaking personal record sprint times over short distances, which may include hurdling.

The patient may also have been running only in the name of fitness, but logging five miles at a grueling pace on hard concrete every single day. That’s still a lot of running.

This kind of running is not what ancient hunter-gatherers did for survival.

Sure, they jogged, but it was for transportation over natural terrain, not marathon training on an asphalt street.

Sure, they sprinted, but only to catch their dinner or escape from danger, rather than over and over and over on an asphalt surface every day to break personal record times.

Bursitis in the knee isn’t always caused by running, but if you’ve been diagnosed with it, it’s extremely unlikely it was caused by walking.

Dr. Peck also says, “It may lead to pain and a discrete area of tenderness over the medial tibial condyle, the bony protuberance on the inner aspect of the lower knee.”

Dr. Peck’s areas of interest include chronic and acute musculoskeletal pain, sports injuries, arthritis and cancer pain, among many others. Austin Interventional Pain was established in 2019.