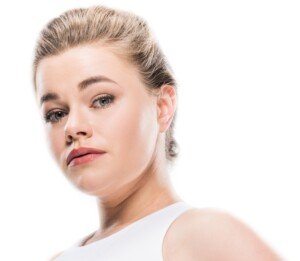 Wondering why nobody wants  to be your child’s friend?

This is called social exclusion, but it can also come with ridicule and hostile behavior.

It’s easy to take a generic, overly-broad approach and say, “A child is usually socially excluded or has no friends because she’s just plain weird,” or, “He’s just an oddball.”

“During my time in the classroom, I did notice five common traits or behaviors in socially excluded students,” says Kate Walton, a former public school teacher who has developed very effective anti-bullying strategies for schools, and who speaks to schools and universities on the topic of “The Power of Human Kindness.” A mother of two, Walton is also the author of the young adult novels about bullying, “Cracked” and “Empty.”

Point 1 can mean a number of things, including introversion, lack of emotion, an unfriendly demeanor and annoying habits.

You’re probably wondering why disabilities or notable physical traits aren’t in this list of what makes kids prone to being socially excluded.

That’s because the disability, or the trait (such as being overweight) isn’t in and of itself the cause of social exclusion. Think back to your school years.

Surely there were kids who were quite overweight, or unusually tall and gangly, who had plenty of friends.

If Point 1 applies to a child who just happens to be “fat,” or short, tall, skinny, or with braces, glasses, ears that stick out, etc., then of course, the physical trait may come up in interactions, but again, it’s not the cause of social exclusion without the presence of some dysfunction in communication.

Point 2 is easy to understand: Kids usually don’t feel comfortable around classmates who lack self-confidence. The same can be said for adults.

Point 3 makes sense because the brash, boisterous child is no more inviting to be around than an obnoxious, brazen adult.

Point 4: Who wants to be around this kind of person?

Point 5 is very interesting because when I was in grade school, there was a boy I’ll call “Andy.”

At around 1 pm or so every day, Andy began stinking really bad. I once had heard that he’d been sprayed with a skunk, and it left a permanent odor, but of course, this wasn’t the case (a person sprayed by a skunk won’t have a permanent odor, and besides, Andy didn’t smell like a skunk).

It was a bad, pungent odor, yet everyone just accepted it, and he wasn’t treated any differently.

But the general rule is that yes, bad hygeine can cause social exclusion. This can be bad breath, slimy looking hair and pungent-smelling clothes.

If your child suffers from social exclusion, find out why. Are his or her clothes clean?

Do they have an annoying habit? How do they behave with other kids?

Here’s more information from Walton on how parents should handle the situation of social exclusion with their kids.