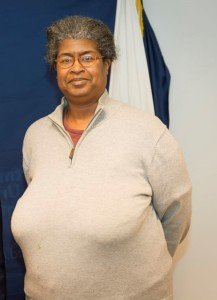 Not only is there nothing positive about a body that falls prey to hip disease due to obesity, but very plus-size women who undergo hip replacement surgery fare worse than do overweight men.

A very large woman can have normal blood pressure, normal blood sugar and a normal EKG — but this doesn’t change a FACT:

Hip replacement surgery is more common in the obese population, because very heavy women and men are more likely to suffer from hip osteoarthritis (wearing away or degeneration of the cartilage in the hip’s ball and socket structure).

Being body positive and boasting “great blood work” won’t protect you from this common disorder of the hip joint.

Despite what the “health at any size” movement insists, obesity is a major hardship on the body and causes more complications after surgeries than in leaner patients, and hip replacement is no exception to this rule.

However, just how obesity affects the outcome or results of hip replacement surgery in women, is not the same as in men, says research from Geneva University Hospital in Geneva, Switzerland.

The study involved 2,495 hip replacements over a 10-year period, of which 589 were on obese patients.

The following elements were evaluated: dislocation, infection, redoing the surgery, satisfaction with the surgery, quality of life and general health.

Most of the plus-size patients were men, but for the heavy women, obesity was tied to a much greater risk for infection, and it brought on more dislocations than in the men, resulting in surgical revisions.

Obesity in Women vs. Men: What They Reported

In short, the obese women had poorer results from their hip replacements, but strangely, the risk factors for infection that more often strike heavy patients, did not apply to the women in the study.

The researchers aren’t sure what could explain this, but suggest possibly it could be differences in body fat distribution between the genders, and maybe even metabolic response.

As a former personal trainer I speculated that lower levels of muscular strength could explain it, and sure enough, further into the study report, it stated that another theory was “lower peripheral muscle strength” in the women.

Many body positive women claim on Instagram that “fat means strong,” or “fat people are strong,” etc. Even thinner people have been known to state, “Fat people have to be strong in order to move around all their weight.”

But often, when a very plus-size person is moving around for the normal activities of daily living…they are sweating, breathing heavily, and you can hear the effort in their voices. Yes, they’re moving the weight, but it’s not comfortable.

Thus far, nothing is set in stone, and the researchers point out that prior studies of hip replacement, obesity and complications cough up conflicting results, especially since “obesity” can have varying definitions.

For women (and men) who are considering hip replacement surgery, weight loss is crucial.

The full report is in Arthritis Care & Research (March 2007).