Why Your Child Never Told You She Was Being Bullied 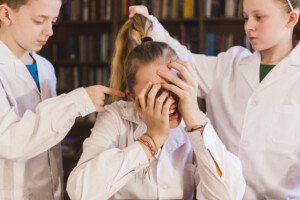 Have you failed as a parent because your bullied child never told you of his or her torment?

If the answer is “Of course!” are you absolutely sure? Many bullied kids keep this a secret from their parents.

To find out for this article why many bully victims hide their victimization from their parents, I consulted with Rona Novick, PhD, who developed the BRAVE bully prevention program.

It’s a fact, says Dr. Novick, that many victims of bullying at school will not tell their parents (or school officials) about this problem.

“It may be for fear of retaliation by the bully; it may be an ingrained prohibition against tattling; it most commonly, however, is to avoid humiliation,” says Dr. Novick.

Tattling or “snitching” should never be demonized by parents. It’s ironic how parents expect kids to obey the rules, yet when a child “tattles” on someone who is breaking the rules, sometimes the child is admonished for this.

Over time, this approach by the parents could weaken a student’s will to ever report having been bullied.

If you think your child would feel humiliated by reporting bullying to you, ask yourself what’s going on in the relationship dynamic that’s responsible for this perception.

“It is quite embarrassing, especially for boys, to admit their powerlessness,” says Dr. Novick. This isn’t a feature of just kids; adults in the workplace often keep silent about harassment by coworkers.

“Often well-meaning parents, when hearing that bullying has happened, try to be helpful by asking their bullied child multiple questions in an attempt to stop the bullying and solve the problem,” explains Dr. Novick.

“The result of the questioning can be for the victim to feel blamed, similar to when rape victims are questioned about their dress, as if wearing a short skirt ‘invited’ the rape.”

As a young teenager, I babysat a boy in grade school. One day his mother was yelling at and scolding him, because she found out he was being bullied. She was blaming the victim.

She had found out (though I don’t know exactly how), that a much larger boy at school had been intimidating him. Why was she berating the victim?

“What parents need to remember is to communicate to a bullied child, first and foremost, that nothing they did makes what was done to them acceptable,” says Dr. Novick.

“If parents start with this validation, they can then move to problem-solving.”

If a child is afraid to approach a parent about having been bullied, it’s “critical that parents create warm, welcoming, open communication environments,” says Dr. Novick.  “This will certainly require careful, on-going work.”