When Should You Stop Getting New Moles? 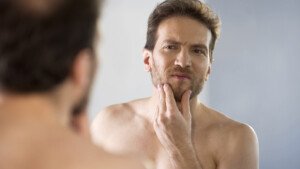 Over age 40 and noticing what appear to be new moles growing on your skin?

“People in the 40-50 age bracket may begin to get scary looking pigmented growths called seborrheic keratoses — which are perfectly harmless and are a part of the aging process,” says Dr. Rebecca Tung, MD, director of the dermatology division at Loyola University Health System, Chicago.

“Freckles (which are also benign) may also come up over the course of a lifetime, especially if the person has significant sun exposure.

“Generally speaking, a new mole which crops up in an adult should be evaluated.”

A seborrheic keratosis (skin barnacle) can easily pass as a mole. I had one on my back for the longest time and had always believed it to be a mole. It was part of my routine visual skin inspection.

Then one evening I noticed it had changed in appearance. This alarmed me like mad—because all that time, I had thought it was a mole.

I was scared out of my wits and next day made an appointment with a dermatologist.

Her first words, after she took a look at it, was, “I don’t think it’s a mole.” She said it was a seborrheic keratosis.

I had it removed for biopsy anyways, and the result, indeed, came back as a seborrheic keratosis.

Nevertheless, don’t assume that the “new mole” might be a harmless skin barnacle.

People are not supposed to get new moles (as in nevi) as they get older. Have the spot checked by a dermatologist.