How to Parent Your Child for Stockholm Syndrome Immunity 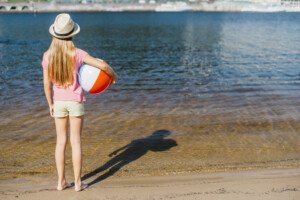 Is it possible to “Stockholm syndrome-proof” your child? With more and more parents becoming alarmed at the idea of their children (including teens) being abducted, this is a fair question.

Should parents even discuss Stockholm syndrome with young children?

“Since involuntary captivity occurs so infrequently, in my opinion, it does not make sense to specifically ‘prepare’ your child by discussing the possibility  –  that is more likely to instill a disruptive fear than to be protective,” says David M. Reiss, MD, a psychiatrist from San Diego with extensive experience in PTSD.

This doesn’t mean shut the door if your savvy child comes to you to discuss a nationally publicized case of abduction such as the Elizabeth Smart case.

Parents must be acutely aware of the relationships their kids have with peers.

Parents should encourage their kids to tolerate normal, non-hostile, non-sadistic disagreements and disappointments that occur through life, says Dr. Reiss, yet at the same time, not to repress feelings of anger in social situations that are dangerous.

Children should be taught to recognize abusive behavior and to distance themselves from it first chance they get, rather than stay silent and accept it.

“If a pattern of bullying or being bullied is observed, provide intervention or seek professional intervention,” says Dr. Reiss.

He adds that parents should be on the lookout for significant signs of anxiety or depression, which can signal difficulty in resolving underlyng conflicts.

Parents are often afraid that they’ll instill fear or paranoia if they broach the topic of stranger danger or bad people with their young kids.

However, this should still be done, says Dr. Reiss, but on an age appropriate level.

Though it’s rare for kids/teens to ever end up abducted and imprisoned by a stranger or someone they know, it certainly wouldn’t hurt to help them develop insight into the fact that some people are just plain bad, and that whenever a child feels uncomfortable around someone, that they should trust their gut.

You may have prevention of Stockholm syndrome in mind when raising your children, but raising them to help prevent Stockholm syndrome will generate many benefits such as insightful kids who will not tolerate abusive relationships when they’re older.

Dr. Reiss has been in private practice 25+ years, specializing in adult and adolescent psychiatry, having evaluated and treated over 10,000 patients.