Can Carnivora Cure Cancer or Are Radio Ads All Hype? 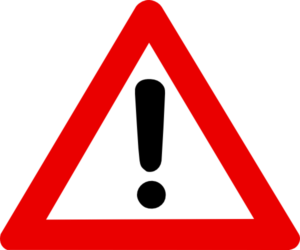 The ads for Carnivora on the “Coast to Coast” radio show are incessant and strongly hint it can cure cancer.

If you’re a faithful listener to “Coast to Coast,” then you already know that this popular program frequently runs ads for Carnivora.

What really got my attention was that the ad (in the past, voiced-over by “Coast to Coast” host George Noory, and as of 2019, by Carnivora International founder Richard Ostrow), claims that Carnivora can eradicate abnormal cells while sparing normal cells.

Carnivora is the name of a product that, according to its site is an extract of a species of Venus flytrap known as Dionaea muscipula, and comes in capsule and liquid form.

The description of what Carnivora does is actually the cure for cancer!

It would be illegal for Carnivora International to outright state, “Carnivora can cure cancer.”

Instead the company cleverly masks this bold statement with their claim — but anyone familiar with what malignancy actually is can see right through their cryptic message.

Any company that makes a thinly veiled claim like that had better be able to back it up.

“I have never heard of this specific product, but it is my opinion that these miracle cures touted on media are pure hype and not true (think ‘snake oil salesman’),” explains Susan L. Besser, MD, with Mercy Medical Center, Baltimore; Diplomate, American Board of Obesity Medicine and board certified by the American Board of Family Medicine.

“Consumers should always take these ads with skepticism and speak with their PCP.

The product’s site makes it appear as though there’s been a lot of valid, replicated research showing that the product kills cancer cells. 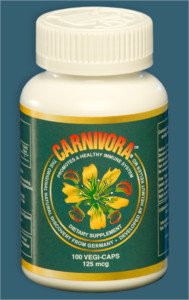 There are things, however, that the company doesn’t tell you, but the American Cancer Society certainly does.

According to the ACS site, there is no scientific evidence that Carnivora is effective at treating any kind of cancer.

One of Carnivora’s claims is that it can reverse skin and other types of cancer.

The ACS site explains that a German physician patented Carnivora after taking liquids from the Venus flytrap and testing to see if they could digest abnormal proteins in cancer cells.

The ACS further says that in 1985, this physician claimed that 56 percent of 210 people with cancer experienced remission or stabilization after taking the extract.

The active ingredient in the Venus flytrap is thought to be plumbagin.

The ACS says that claims for what the Venus flytrap can do for malignancy cannot be supported with science.

One of the radio ads on “Coast to Coast” points out that former President Ronald Reagan used Carnivora successfully, but interestingly, the ad doesn’t say for what — apparently wanting listeners to connect the dots and assume he used it for his much-publicized colon cancer.

Another point of interest: The ACS says that most of the studies involving the Venus flytrap extract were done by the doctor who patented Carnivora.

He had a huge financial stake in the clinic that administered the product, as well as in the manufacturer of this product!

The ACS states on its site regarding plumbagin:

“Although animal and laboratory studies show promise, further studies are necessary to determine whether the results apply to humans. It is important to remember that purified compounds such as plumbagin are not the same as the fresh plant extract, and study results would not be likely to show the same effects.”