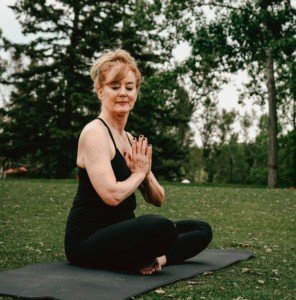 Information about HRT and a common antidepressant for menopausal hot flash relief.

HRT (low dose oral estrogen) and low dose venlafaxine (the antidepressant Effexor) were compared in the setting of hot flash relief, by researchers from Brigham and Women’s Hospital.

A control group of women received a placebo.

In this eight-week study that recruited menopausal and perimenopausal women, HRT and the antidepressant were shown to be effective at reducing hot flashes.

After eight weeks, the hot flash frequency was reduced by 52.9 percent with the hormone estradiol; 47.6 percent with Effexor; and 28.6 percent in the placebo group.

Though the percentage of hot flash reduction in the hormone group was a little higher than in the antidepressant group, the study notes that this was a small difference and likely to be of limited clinical relevance.

So which should you choose for hot flash relief: hormone replacement therapy or an antidepressant?

You’ll want to discuss this with your doctor, because HRT has potential side effects that are very concerning to some women.

Mayoclinic.org points out that the largest study to date has found that HRT can increase the risk of the following:

Other studies have shown that starting HRT further down the road from the onset of menopause means an increased risk of these conditions when compared to women who begin HRT earlier.

The risks of hormone therapy may also vary depending on whether estrogen is given alone or with progestin, the dose and type of estrogen, and other health factors such as your risks of heart and blood vessel (cardiovascular) disease, cancer risks, and family medical history.

If a woman, though, begins hormone replacement therapy before 60 or within 10 years of the onset of menopause, it’s possible that the benefits of HRT will outweigh its risks.

When it comes to hot flash relief, you may want to first try an antidepressant and see how that goes.