Birth Order & ADHD: Is There a Link? 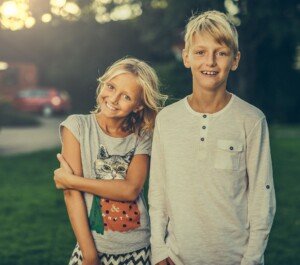 When one child out of several in a family has been diagnosed with ADHD, it’s not uncommon for the parents to suspect that birth order had something to do with it.

To some parents, it may seem that every child they’ve ever known who had an ADHD diagnosis had the same place in the birth order of their siblings.

Usually, though, it’s the oldest, middle or youngest overall. Each of these three positions of birth orders have stigmas.

Ask yourself WHY birth order would have an influence on the development of ADHD symptoms.

Connection Between Birth Order and ADHD

“There is no research to show that ADHD is connected with birth order,” says Dr. Robert Myers, creator of the Total Focus program at Legacy Publishing.

Dr. Myers is a clinical psychologist with 25 years of experience working with children, adolescents, families and parents, specializing in children and adolescents with attention deficit hyperactivity disorder.

Dr. Myers adds, “It has been found to be more common in twins, which is one indication that at least in some cases there is a genetic basis for ADHD.”

The more children in a family, the less significant birth order is. For example, if the youngest is always spoiled, what about the youngest of 12 kids, especially if the next youngest is only a year older?

What if the next youngest after that is a year older than the second youngest?

And what if the fourth one up is seven years older than the third youngest?

This can be a setup for ALL THREE of the youngest being spoiled by a slew of much older siblings!

Birth order is not related to ADHD.

Dr. Myers has 30+ years’ experience working with children, adolescents and parents, specializing in children and adolescents with ADHD. Total Focus is a comprehensive program to improve attention, concentration and self-control in children.