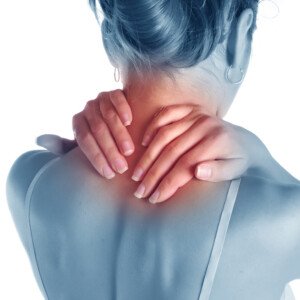 Is the mechanism of joint pain or aches in Crohn’s & ulcerative colitis the same as that in microscopic colitis?

“Enteropathic arthropathy” is the name for joint aches caused by inflammatory bowel disease.

The two most well-known and researched inflammatory bowel diseases are Crohn’s disease and ulcerative colitis.

One of the problems they can cause is joint pain (or aches), also known as arthralgia.

This phenomenon is called enteropathic arthropathy.

But there’s a relatively new kid on the block: microscopic colitis, an inflammatory bowel disease first described in 1976—which is recently, in terms of medical history.

There’s been a lot of research into Crohn’s and ulcerative colitis, which are far more common than MC.

I wondered if the mechanism of joint discomfort (pain, aches) in all three of these IBDs is the same (or at least, very similar).

“In both Crohn’s and ulcerative colitis, there’s a disruption of the microbiota – the microbes that live in the intestine,” begins Jeffrey Fine, MD, chief of gastroenterology at the Medical Surgical Clinic of Irving.

“People who suffer from Crohn’s disease can’t handle their own microbiota. They lack the enzymes to recognize that those bacteria belong down there, so the small and large intestine become inflamed.

“This may be related to increased gut permeability, which we also see in microscopic colitis patients.”

“In addition, many people who have been diagnosed with gastrointestinal conditions – like Crohn’s or microscopic colitis – also suffer from aching joints,” continues Dr. Fine.

“We know there is a correlation between joint aches and gastrointestinal distress, but we do not yet fully understand it.

“We know they are both associated with inflammation, so perhaps it is an overload of inflammation that spills over to other parts of the body.

“It’s also possible that the patient’s chromosomes are being affected.

“Perhaps when one part of the gene starts becoming exposed, it carries over to a neighboring gene – so microscopic colitis may affect the eyes or the joints because they are near each other on the chromosome. All of this is pure speculation, of course, but it’s worth exploring.”

Dr. Fine has been in practice for over 30 years and specializes in digestive health, integrative medicine and food sensitivities.