What Can Cause Cervical Cancer Besides HPV ? 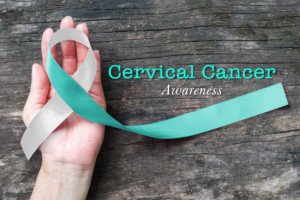 A tiny percentage of cervical cancer is NOT caused by the the virus known as HPV (which can be vaccinated against).

However, in rare cases, cervical cancer is not related to HPV.

What “causes” cervical cancer not caused by HPV?

“This is why the HPV vaccine is so important in prevention of cervical cancer, although the vaccine only covers two of the types of high risk HPV.

“However, the two types included in the vaccine are responsible for 70% of all cervical cancers.”

This is why virgins should get a Pap smear. Frequency of the Pap smear in this case should be discussed with one’s doctor.

“One historical cause [of non-HPV disease] was DES [synthetic form of estrogen] exposure in utero, which is currently very uncommon, now that that medication has not been used during pregnancy in decades,” says Dr. O’Connor.

“The issue—speaking on a much more technical level—is that HPV affects approximately 80% of the population and even though it is transmitted sexually, can be spread through skin to skin contact, so even a patient who is a virgin can be at risk since HPV is fairly ubiquitous.

“Also, women who have Paps which allow for early detection and intervention can often be ‘cured’ of cervical cancer, or even caught at the precancerous level.

“The deadliest cervical cancers are those found in patients who have never been screened or have had infrequent screening, since they have often already advanced to a higher stage.”