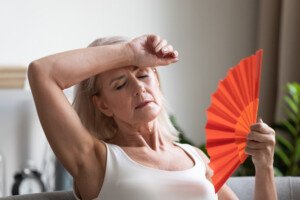 Many women are choosing dietary supplements for the management of menopausal symptoms – especially since serious health concerns have been raised about hormone replacement therapy (HRT).

A study published in the International Journal of Cancer (120, 1523-1528 {2007}) has shown that this proprietary herbal product lowers the risk of breast cancer by as much as 60 percent.

The study, conducted at University of Pennsylvania School of Medicine, used a population-based case-control study in three counties of the Philadelphia metropolitan area, consisting of 949 breast cancer cases and 1,524 controls.

Researchers looked for correlations between dietary supplement usage and the incidence of breast cancer, comparing a range of products including any phytoestrogen, any isoflavone (including genistein), red clover, soy medications, black cohosh or Remifemin(r), DHEA, ginseng, steroid creams, and yam creams.

The results demonstrated that while 15 of the 17 supplements revealed no significant relationship, women who reported using black cohosh/Remifemin(r) had a 60 percent lower risk of developing breast cancer than the women who did not use these supplements.

The study also demonstrated that no significant interaction between tamoxifen/raloxifene (breast cancer prescription drugs) use, and use of any herbal preparation or black cohosh, was observed.

“These findings complement a safety study published in Menopause: The Journal of The North American Menopause Society (14:1 {2007}),” says Dr. Liske, “which showed that Remifemin(r) does not augment breast cancer risk factors as HRT does.”

Hot flash and night sweat relief without harmful side effects:

Dr. Liske adds that research by Hirschberg has shown that Remifemin(r) isn’t a promoter of endometrial thickening, increased breast cell proliferation or increased breast density, and that it’s safe.