Can Burping Be the ONLY Symptom of Acid Reflux ? 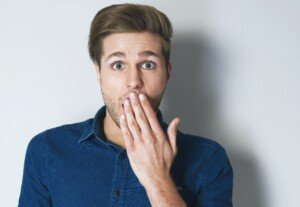 People around you keep noticing. Could this burping, without any other symptoms, be acid reflux or something else?

Burping As the Only Symptom of Acid Reflux

“Yes, there is increased salivation and swallowing in the body’s effort to clear the refluxate from the esophagus,” says Jonathan Zinberg, MD, chief of gastroenterology at South Nassau Communities Hospital, Oceanside, NY.

In acid reflux, the contents of the stomach make their way up into the esophagus and in some cases, even the throat.

Dr. Zinberg further explains, “With each swallow, even subconsciously, air is swallowed as well (aerophagia), and this leads to burping of the accumulated air.  Other causes of aerophagia include post-nasal dripping and anxiety.”

You’ll want to pay more attention to the kinds of foods that you eat. Acid reflux is commonly called heartburn because it causes a burning sensation in the chest.

But as Dr. Zinberg mentioned, it can also produce only one symptom: that of burping.

And of course, belching in the presence of others is far more embarrassing than is feeling some heartburn.

So as far as the foods you should avoid or cut back on, they are as follows:

Another way to help prevent or reduce acid reflux is to avoid eating a lot of food at once.

In addition, if you tend to rush through your meals, this could lead to some burping. Slow down if you’re a fast eater.

Be mindful of whether or not you’re swallowing air with each spoonful, forkful or drink of your beverage of choice, even if it’s just water. Reducing acid reflux means reducing burping.